Following our trip to St Julien - Bordeaux recently where one of the highlights of our trip was a visit and tour of Château Ducru-Beaucaillou, and another, our visit to Château Branaire Ducru, we were eager to explore a vertical tasting of the Second Growth grand vin.

During our recent Pour Boys Sassicaia owner dinner, I suggested we focus our upcoming dinner on Bordeaux - St Julien and offered a range of producers I could support. Over the ensuing weeks we selected Ducru-Beaucaillou as our featured producer for this evening's dinner. As noted by the boys at dinner, not many small groups could muster a vertical tasting of such a great wine spanning three decades. 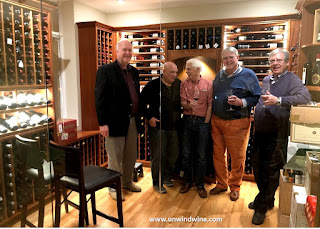 Our dinner was hosted by Lyle and Terry and it was our first time there to see their new wine cellar. Lyle and Terry's pied-a-terre is in the city in Chicago's trendy West Loop neighborhood. The area has exploded in recent years with the new McDonald's world headquarters and the nearby Fulton Market district and its emergence as a high tech mecca anchored by Google and many others. The meteoric rise in popularity and property values in the area not only justifies Lyle's investment in his custom designed and built cellar, but suits the upscale feature requirements of upscale neighborhood residences. 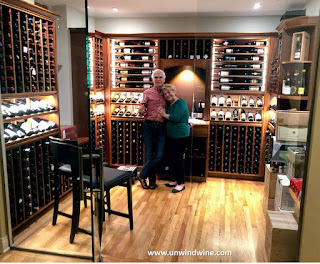 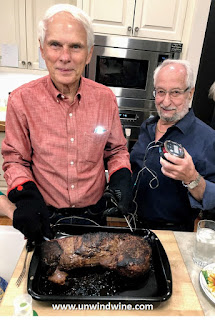 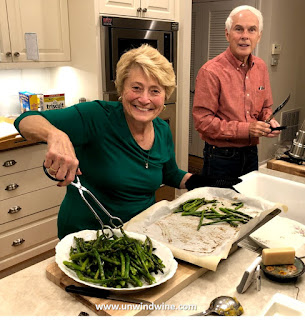 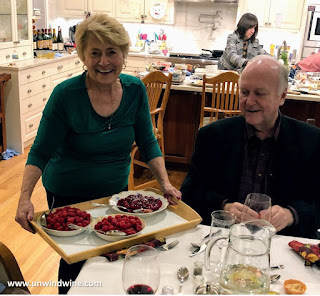 Before dinner, they served grilled breaded scallops, salmon and an assortment of artisan cheeses, cheese dips and olives. The opening dinner course included a dinner salad and cream of mushroom soup. 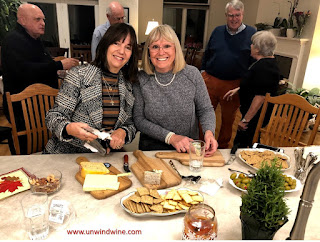 John kicked off the appetizers and early courses with a garagiste Champagne. 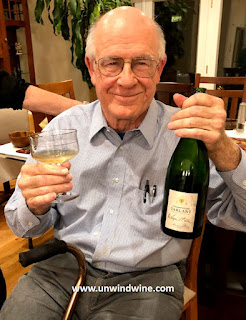 The white wine flight consisted of a selection of premium and ultra-premium chardonnays from Burgundy, south central California Santa Rita Hills, and north California Sonoma County, and a Riesling. 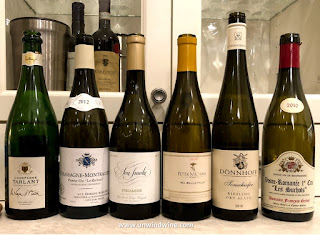 To pivot or transition from the whites to the Bordeaux red flight Steve brought this Vosne-Romanée 1er Cru Burgundy. 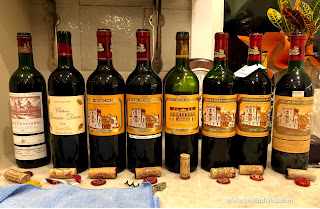 After dinner, the dessert was accompanied by two dessert wines:

Posted by UnwindWine at 4:56 PM