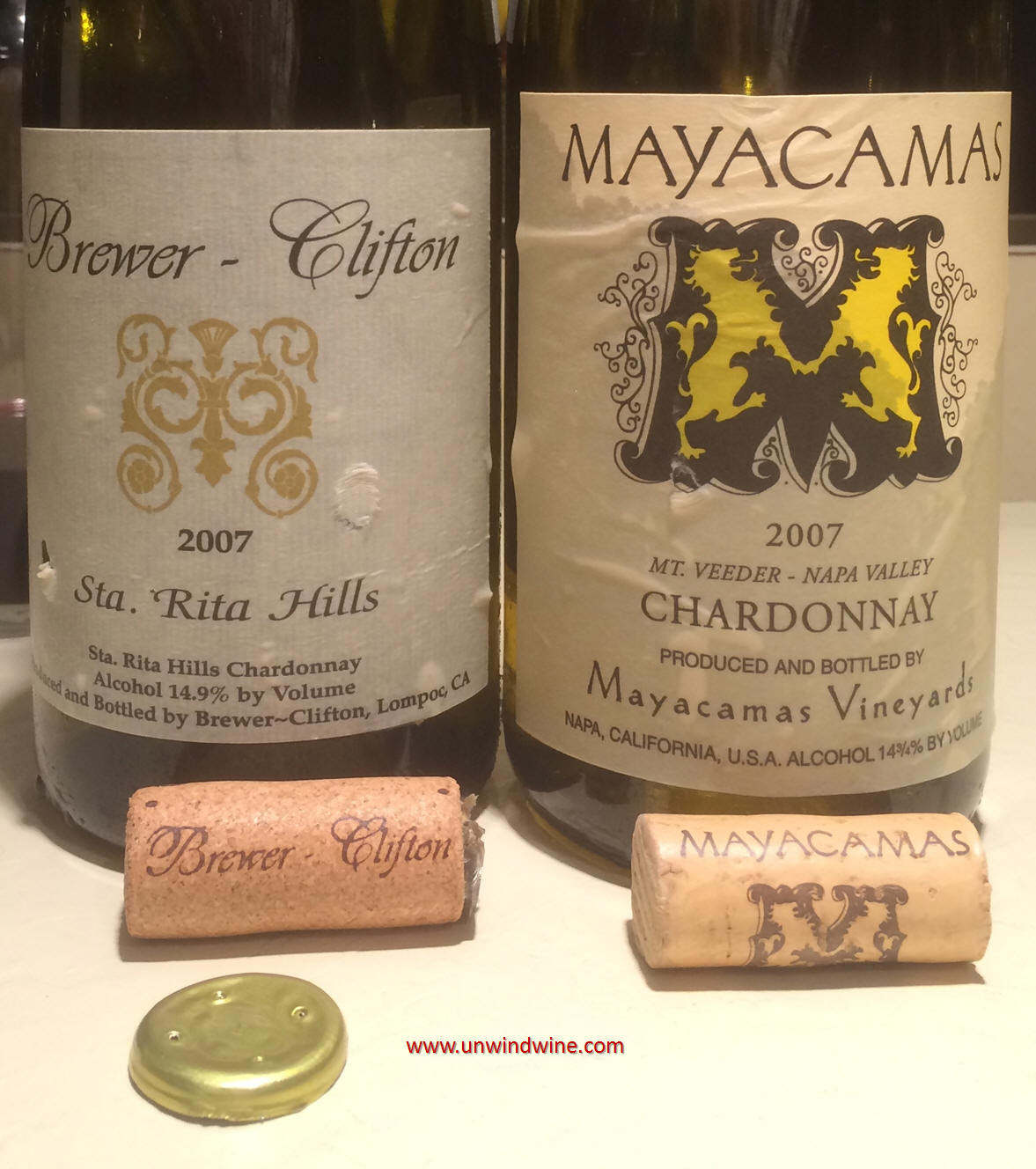 What a treat to be invited to Bill and Beth's to watch the Derby with native Kentuckian Beth, and to kick off the summer outdoor grilling barbecue season. Bill and Beth hosted dinner with grilled sirloin steaks and Linda took a pair of lobster tails for a surf and turf combination.

As is our custom, I called Bill for guidance on his strategy for the wine selection. He had pulled from the cellar a Château Lafon-Rochet 1995 and a Quintessa Napa Valley 2003. Sorting through my cellar database I selected a bottle to intersect Bill's two bottles. I pulled from the cellar a Lafon-Rochet 2003 vintage to compare with the 1995 and to match the Quintessa vintage release.

To accompany the lobster, I took at Brewer Clifton Santa Rita Hills Chardonnay 2007. When we arrived, lo and behold, Bill was serving a 2007 vintage California Chardonnay - Mayacamas Mt Veeder Chardonnay. We tasted and acquired this wine together at the winery during our Napa Valley Mt Veeder experience in 2011. This chardonnay was a highlight of our discoveries that week and we both agree we wish we had acquired more. From a mixed case we split, we hold two bottles of this while Bill has one left. The two California Chardonnays presented a interesting contrast in styles perhaps reflecting their disparate terroir.

The chardonnay's were enjoyed with a cheese plate and mixed nuts before the lobster medallions with drawn butter.

All the red Bordeaux blends were perfect complement to the sirloin steak along with green beans with bacon and shallots, baked potatoes and a dinner salad.

The Mayacamas was clean and crisp and displayed an interesting vanilla like sweet cashew nut tone, the producer calls it almond, and fig... both the producer and K&L refer to melon or cantaloupe, with a tone of stoniness and subtle French oak.

This is the first wine from Brewer-Clifton that isn't vineyard-designated. It combines fruit from four premium vineyard sites situated along Highway 246, in the heart of this extremely cool appellation.

It was crisp, restrained with lively acidity, showing lemon and lime citrus tones with a layer of flint, hints of melon and peach. The lineage of these two vintage releases was more apparent over the course of the evening as the two bottle settled and opened to reveal their native character. They both displayed dark purple/ruby color although the '95 was starting to show its age with a brickish hue starting to form.

As shown in the picture at the left, notice the Lafon-Rochet label design and capsule changed between the '95 and the '03.

Both were medium-full bodied with slightly opacity and showing the same distinctive tasting soft smooth profile. The '03 opened with more vibrant and expressive fruit and floral tones but the two wines converged to be more similar over the evening.

Both showed full forward blackberry fruit with tones of cassis, earth and hints of tobacco, low acidity and a somewhat subdued finish.

Parker said the drinking window for the '95 is 2003-2018 and I think that is trending true as this was starting to show its age probably indicating the end of its prime drinking window. Drink up over the coming three to five years before it begins to diminish.

This eleven year old showed similar aging to '03 Lafon-Rochet with its tones of tobacco and leather lurking behind the vibrant and expressive fruit. It showed an interesting similarity in color and body as the Bordeaux however was more complex and rounded with a wider range of fruit flavors.

As is typically the case, the California Cabernet was bolder and brighter and more forward than the Bordeaux, however in this case, the Quintessa is a Bordeaux style blend. Indeed, it showed and presented itself very much like a Bordeaux in style and character.

We visited the spectacular Quintessa winery in Napa during our Napa Wine Experience 2003.

http://quintessa.com/
Posted by UnwindWine at 2:55 PM No comments: Links to this post