Dr Dan and Linda brought and grilled some lamb and beef sausages along with a Brunello Montalcino and the Chateauneuf. Lyle and Terry brought the Barbaresco and Lyle's classic contribution, a port, tonight Fonseca Vintage 2003.

The wine flight this evening was exceptional as usual, more diverse and tending towards lighter style wines than many of our sessions where big and bold brutes are often the course or theme.

For dessert Linda prepared her chocolate mousse with homemade profiteroles, homemade rum cake cupcakes and a selection of artisan chocolates. 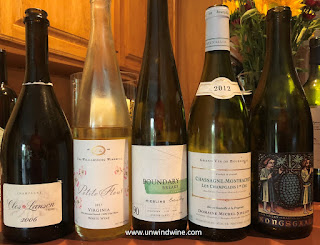 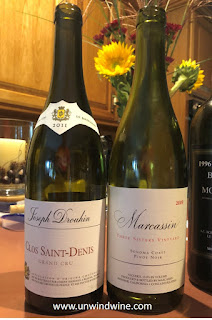 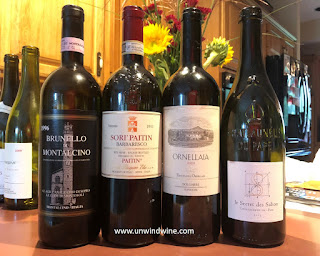 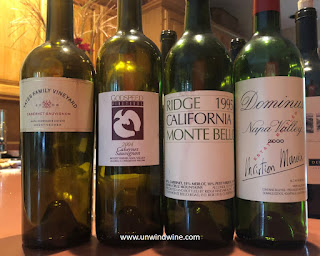 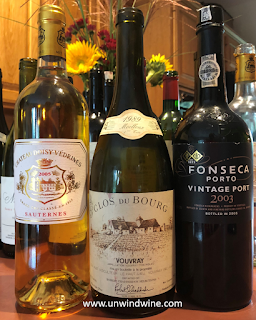