As featured in my recent earlier blog journal tasting report on this wine, this is the 40th release of this legendary label and it features a special 40th Anniversary release label for the occasion. The 2012 vintage release also  shows the classic characteristics of Caymus Estate Cabernet at its best - early approachability and drinkability as a young wine.

Mollydooker is the handiwork of the husband-and-wife winemaking team of Sarah and Sparky Marquis. Prior to starting their own label the pair produced under the Marquis Philips brand in partnership with their distributor Dan Philips. Previously, they produced award-winning wines for Australian producers including Fox Creek, Henry’s Drive, Shirvington, and others. The term Mollydooker is Australian slang for a left-handed person as both Sarah and Sparky Marquis are left-handed.

Since 2005, they've focused exclusively on making their own exuberant wines which include a range of Shiraz labels and a variety of Shiraz/Cab/Merlot blends, as well as some adventuresome white wines such as The Violinist, a Verdelho varietal.

They source their fruit from 116 acres of vineyards at their winery in McLaren Vale where about 50 percent are planted in Shiraz, with the rest made up of Cabernet, Merlot, Semillon and Chardonnay. Most of their wines bear distinctive whimsical and humorous names and labels with cartoon characters. Never-the-less, many of their wines, while modestly-priced, Mollydookers are often highly rated. Their premium label, 'Velvet Glove' Shiraz retails for $175, however. 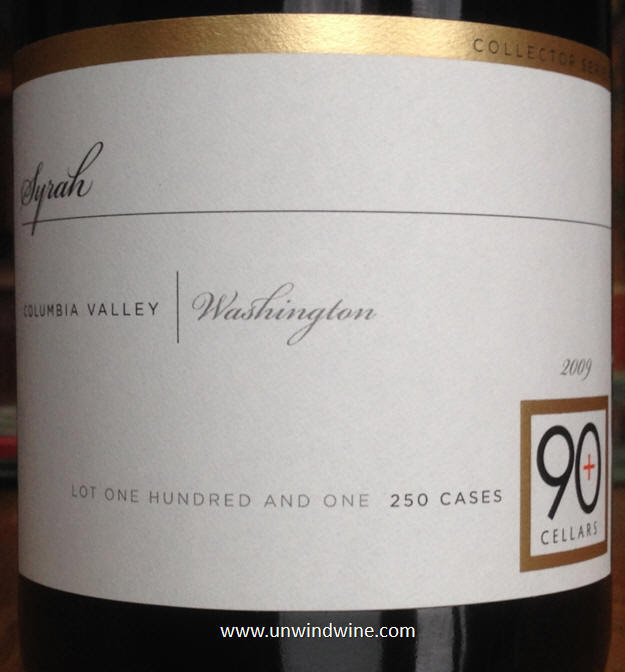 For a comparison tasting against the Enchanted Path, I took this similarly styled Columbia Valley Syrah.

I reviewed this wine earlier in the spring in my blogpost. I love this style as my preferred profile of a Syrah, thick, chewy with sweet forward fruits. Dark inky colored, medium to full bodied, this full throttled Syrah reveals layers of blackberry and black currants fruits with tones of sweet vanilla, caramel and spice with hints of black pepper on a lingering smooth silky tannin finish.