We tasted this wine at the historic winery high atop Mt Veeder at the south end of the Mayacamas mountain range that separates Napa and Sonoma valleys during our Mt Veeder Napa Valley Wine Experience in 2011 and have kept each vintage in our cellar ever since. 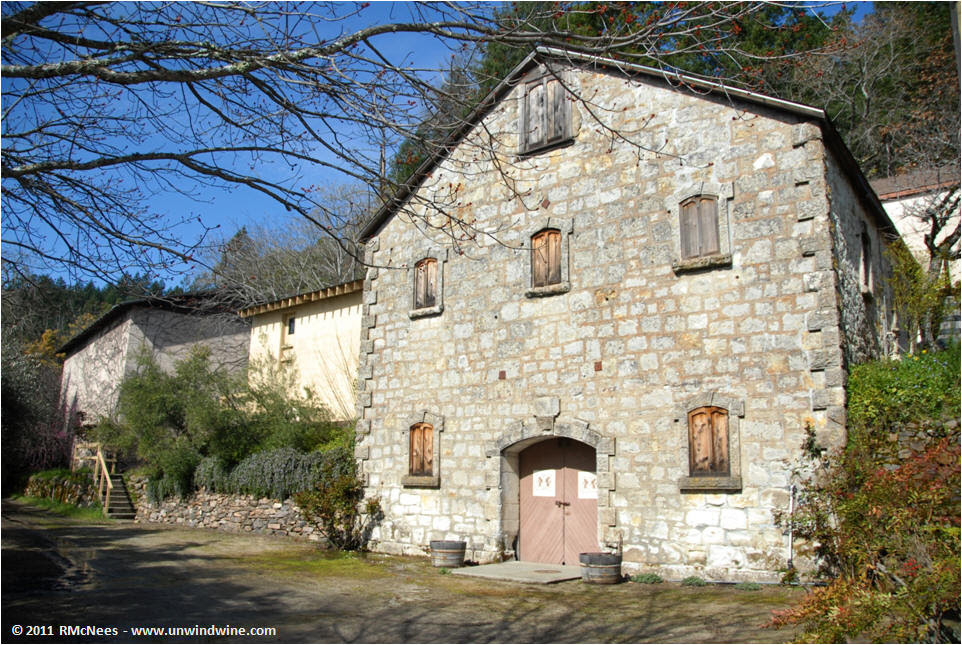 The original historic Mayacamas winery (left) was originally built in 1889 by John Henry Fisher, a German immigrant. The property was acquired by Jack Taylor and his Californian wife in 1941 who re-christened the estate Mayacamas Vineyards and planted Chardonnay and Cabernet Sauvignon grape varietals.

In the very early 1950’s, the Taylors terraced a steep, south-facing hillside 2,000 feet above the Napa Valley and planted Chardonnay. This vineyard, had a view of San Pablo Bay to the south with occasional views of the San Francisco skyline through the fog. This vineyard was named 'The Terraces' and for the next 60 years provided some of the finest Chardonnay grapes in the Napa Valley.

The property was taken over in 1968 by Robert Travers who had worked at Heitz Cellars. He and his wife Elinor continued to focus on Cabernet Sauvignon and Chardonnay striving to make wines of great character, depth, complexity, and longevity.

In July 2013, Mayacamas was purchased by Charles and Ali Banks in partnership with Jay Schottenstein and his son, Joey. Andy Erickson took over the Estate’s winemaking duties, and Phil Coturri took over farming and vineyard development. 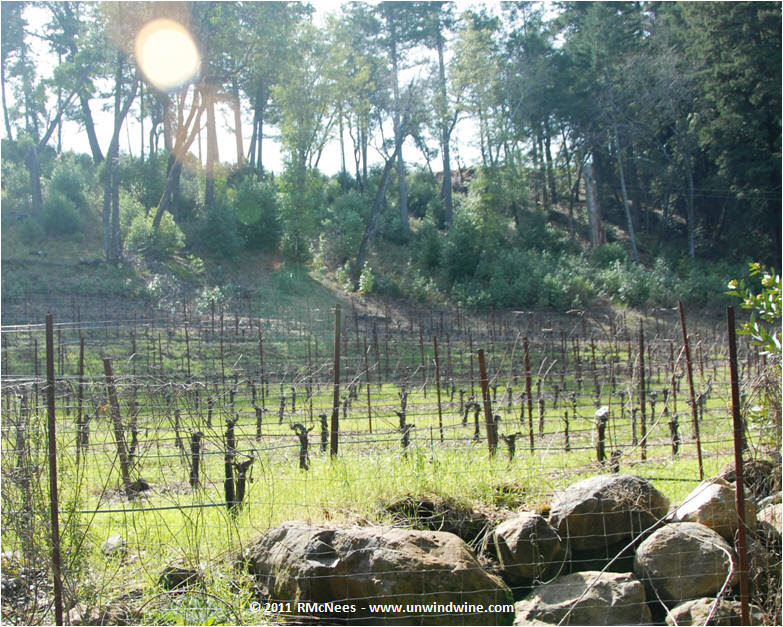 The old vines of the Terraces vineyard had been deteriorating, so after a long and productive life, they were retired with the 2013 Harvest being their last.

The 2013 harvest was small but was of exceptional quality, character, and intensity – a stand-out special release. That is being bottled as a special designated one time bottling for the 2013 vintage year.

Hence, this 2012 vintage release will be the second to last of the Mayacamas Estate Chardonnay from the old historic vineyards as they have been replanted. 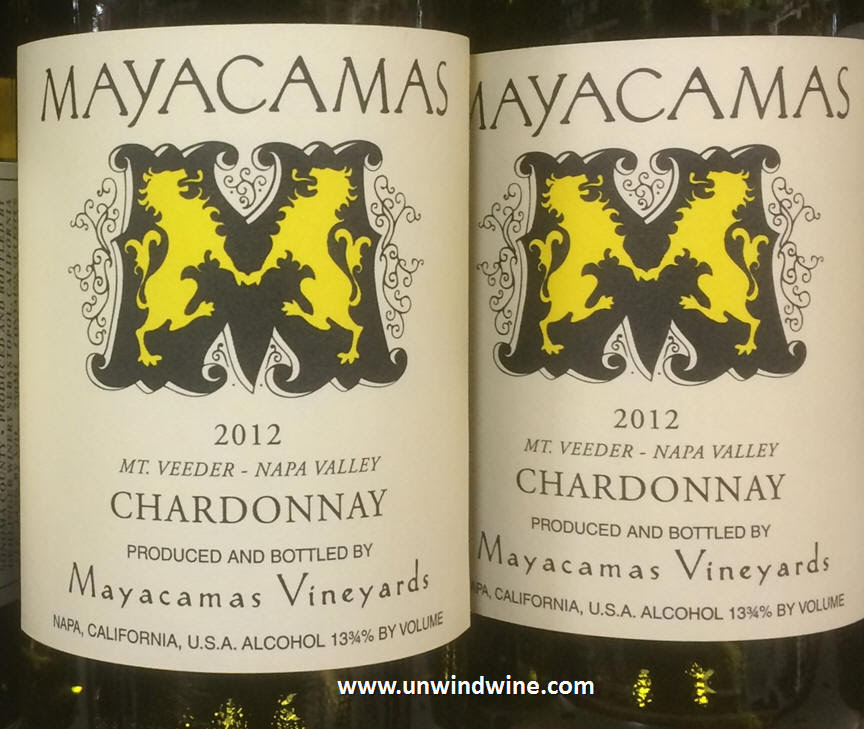 We visited the historic old winery and vineyards and tasted this wine at the winery and it was a standout as one of our favorites from that trip. 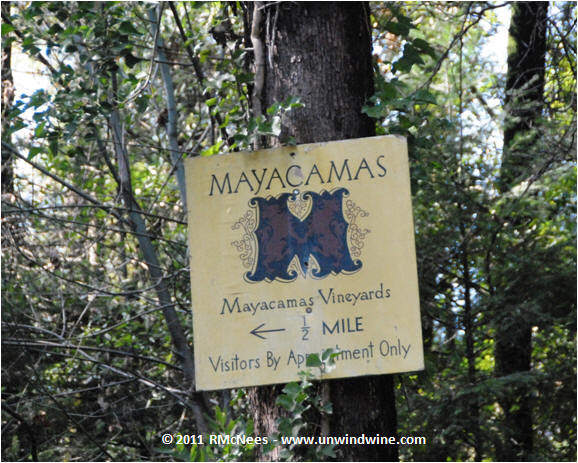 Posted by UnwindWine at 5:09 PM No comments: