Part of the joy I get from collecting wine, beyond enjoying the wine, is the blending of wine with history, geography, travel with associated reading, photography and my web blogging.

Spring Valley Vineyards' fun and distinctive branding strategy where each of the labels features a historic member of the family dating back to founder patriarch Uriah Corkrum. The names given to Spring Valley Vineyard wines are a tribute to the family members who have farmed the same land where the vineyard and winery now sit northeast of the town of Walla Walla.

Following the tradition of Uriah, Katherine, Frederick, and Nina Lee Corkrum, Shari Corkrum
Derby and her husband Dean Derby continue to operate the wheat fields, vineyard and winery.
The hard work, traditional values and deep family ties that have kept the ranch going for over
100 years are mirrored in Spring Valley Vineyard’s signature offerings.

We discovered and started collecting Uriah back around 2004 and expanded our collection of Spring Valley wines ever since. We visited the Walla Walla tasting room and then the vineyards northwest of town during our Walla Walla Wine Experience last year. 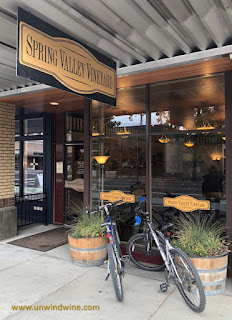 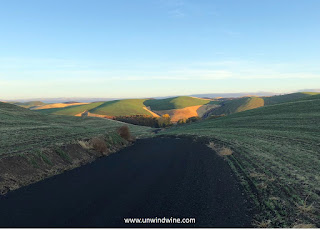 Uriah Corkrum was born in Walla Walla (Washington) in 1866 and began farming in the 1880s. He lost everything in the depression of 1893 but persevered and, in 1897, acquired land in the area known as Spring Valley that is the site of the vineyards today. Uriah is featured on the flagship label Uriah Spring Valley Red Blend.

Uriah Corkrum’s wife Katherine was a native of Wales who immigrated to Walla Walla Territory in 1897. She and Uriah had four sons, including Frederick Corkrum. She is honored on her namesake label of Katherine Corkrum Cabernet Franc.

Spring Valley produce a Cabernet Sauvignon-based blend that is named for Frederick Corkrum, son to Uriah.

Nina Lee was the wife of Frederick Corkrum. They met while she was performing for her vaudeville troup visiting Walla Walla and performing at a local theater, they married in 1929. She adorns the label of Nina 100% Syrah.

Frederick and Nina has a daughter  Shari, who grew up in Spring Valley.
Shari Corkrum married Dean Derby in 1954 and their marriage is memorialized with the Derby label, a 100% Cabernet Sauvignon. We had the pleasure of meeting Dean Derby during our visit to the vineyards during our Walla Walla Wine Experience last year. 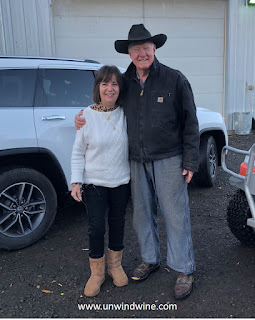 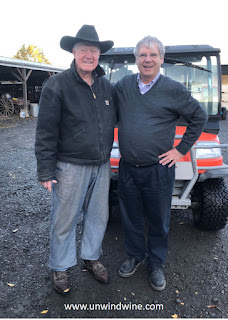 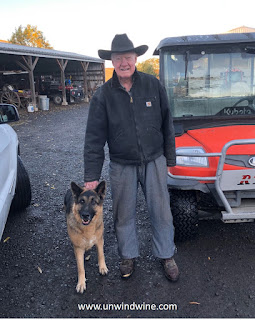 Muleskinner is the label for a 100% Merlot that is named for Frederick Corkrum’s job as the ranch’s head Muleskinner, the person who cared for and drove the mules in all aspects of the farming operation before the advent of the Caterpillar® tractor.

The complete lineup of Spring Valley wines featuring the family member labels is featured in a boxed set. Shown is our set commemorating the 2013 vintage releases. 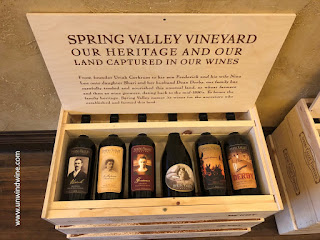 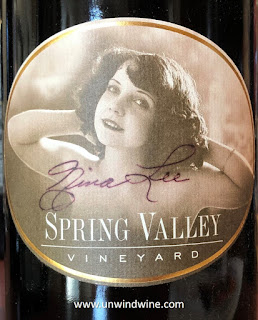 As noted above, this 100% Syrah is named for the wife of Frederick Corkrum. They met following her vaudeville performance at the local theater in Walla Walla. They married in August of 1929 and began their struggle to stay afloat during the Great Depression.

Following Frederick’s death in 1957, Nina Lee, who didn’t want to depend on anyone for her livelihood, continued to operate the ranch on her own. Nina Lee passed away after 21 years of successful farming.

The 2017 Nina Lee Syrah is primarily a blend of the original block of Syrah planted in 1998 and the ‘Steep Hill’ Vineyard block. The fruit was picked with 30% whole cluster with 2% being Viognier. The wine is very refined and delicate. The blend of 98% Syrah and 2% Viognier was aged 19 months in 100% French oak, 47% new, 53% neutral oak.

Posted by UnwindWine at 7:46 AM No comments: Links to this post