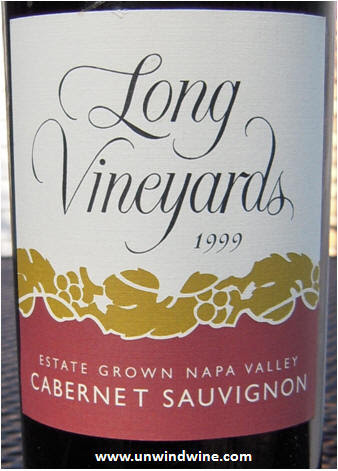 We pulled this from the cellar for a grilled steak dinner.

Named for Bob and Zelma Long, Long Vineyards was established in 1977 on 120 acres up on the slope of Pritchard Hill in the Vaca Range on the east side of Napa Valley looking down on the Oakville appellation. The property is just south of Lake Hennessey and north of the Stags Leap district.

The area had been planted in vines since the earliest Italian immigrants arrived in the 1880s. The vines are planted at elevations ranging from 700 to 1,200 feet above sea level. The Longs were among the first Napa Valley vintners to ferment Chardonnay in oak barrels.

The vineyards are down at the base of Long Ranch Road which leads up to David Arthur vineyards and winery at the end of the road high at the top of Pritchard Hill overlooking Napa Valley (shown below). All indications are that the winery is no longer in operation and the vineyards are being managed by others for production under new different labels. 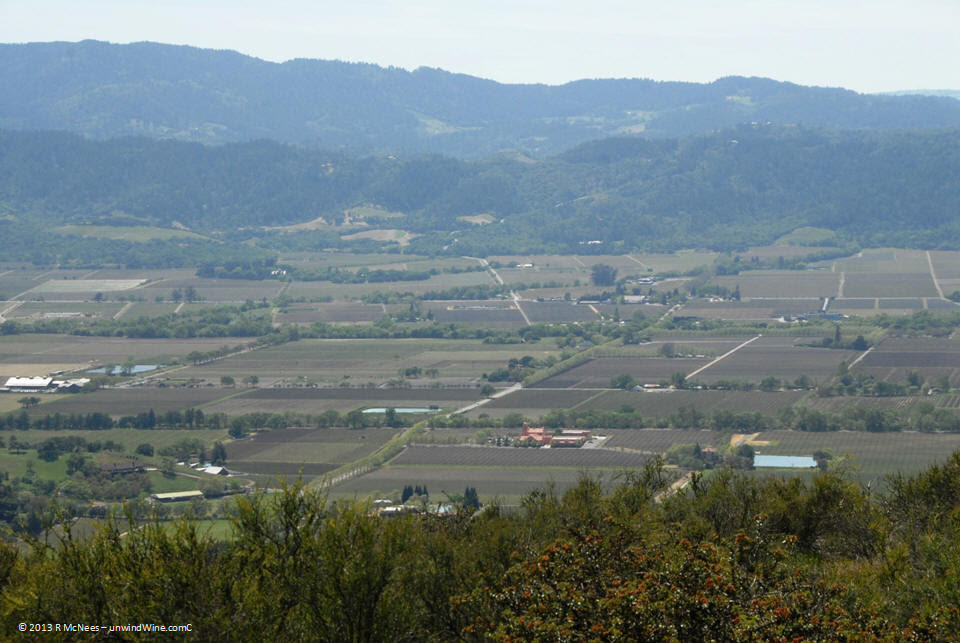 Our visit to David Arthur was one of the highlights of our Napa Wine Experience back in 2013.

David Arthur was named for the grandfather of the owner/producer, which is a family affair consisting of three generations of the Long family, who over the years acquired the mountain land to raise cattle. Today it is operated by brothers David and Bob along with Joye Long are co-owners, with David acting as General Manager and his daughter Laura runs the office and daily operations.

This was better than a bottle of the same label and vintage that we had a back in 2011 when I wrote in my tasting note, "Starting to show its age as the dark garnet color has taken on a tinge of brown forming at the rim".

This bottle was holding much better and did not show signs of diminution from aging. The fruit was holding and showing nicely with the same taste profile as before. This was dark blackish garnet colored, medium-full bodied; black cherry and black currant fruit flavors give way to smoke, leather, earthy cedar and hints of cassis on the tangy finish.