For a dinner outing with friends Bob & Gloria we introduced them to Hemingway's Bistro in Oak Park for French influenced fare. I took along a CDP and a Bordeaux from which to choose to accompany my entree selection.

Bob and Linda chose the Halibut special with a roasted red pepper sauce while Gloria chose the Sea Scallops, all served on a bed a risotto, so we selected a Sancerre Domaine Villaudiere from the wine-list for them.

I chose the New York strip au Poivre with cream spinach and pomme au gratin and had them open my Château La Couspaude St Emilion Grand Cru Classé which I brought BYOB.

For starters, we had the Butternut Squash Bisque, French Onion soup, and I enjoyed the Trio Beet Salad and the superb Foie Gras du jour with raspberry coulee which was a perfect pairing with the La Couspaude.

Hemingway's atmosphere is very cordial and relaxing, the service attentive and professional making for an enjoyable dining experience. Its has the elegance of causal fine dining, is easy to access, just off the Ike midway between the city and the western suburbs, and lacks the crowds, bustle, noise and hassles of parking. And being close to the Frank Lloyd Wright 'district' allows for some historic architectural sight-seeing enroute or afterwards. 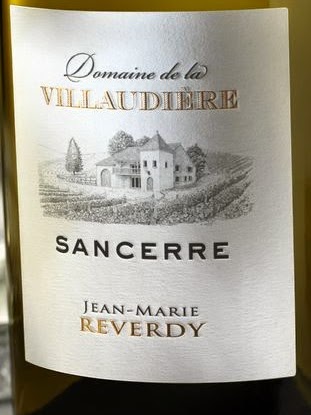 This is the flagship wine of the Aubert Family portfolio who have been producers in the St. Emilion appellation for almost two centuries. The family operation consists of three Aubert brothers, Alain, Daniel and Jean-Claude, along with their children, Vanessa, Heloïse and Yohann. The family operates several estates spread along the Right Bank in Bordeaux from St. Emilion all the way up to Cotes de Castillon.

The Chateau La Couspaude 7 hectare (14 acre) property with its unique terroir sitting on the limestone plateau on the outskirts of the village of Saint-Emilion is planted in 75% Merlot, 20% Cabernet Franc and 5% Cabernet Sauvignon vines. The vineyard has been in place for close to 300 years! Today, the vines are planted to a density of 6,500 vines per hectare with the average age of the vines is about thirty years.

They family has worked to upgrade the property over the last several decades and Chateau La Couspaude was promoted to Grand Cru Classé distinction in the new classification of wines of Saint-Emilion in 1996. 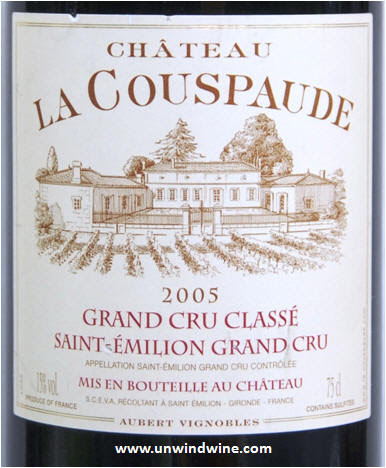 Traditionally, the wines tended to show much new oak in the style their Bordeaux wine. Starting with 2006, the Aubert’s reduced the amount of new oak, changed the type of oak and further reduced the amount of oak in the 2011 vintage which allows the wine of La Couspaude to express more complexities. Malolactic fermentation takes place in new 100% new, French oak barrels. the wine is aged in 100% new, French oak barrels for between 18 and 20 months.

http://www.hemmingwaysbistro.com/
Posted by UnwindWine at 12:35 PM No comments: Links to this post