This draft of my wine experience review is a work in progress... check back again for updates...

Dr. Dan hosted our latest wine dinner extravaganza and selected an Italian theme. Despite the fact that none of us focus on Italian wines in our collections, we were able to assemble a extensive flight including some extraordinary top rated vintage labels. 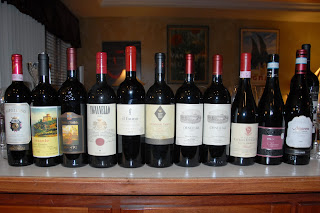 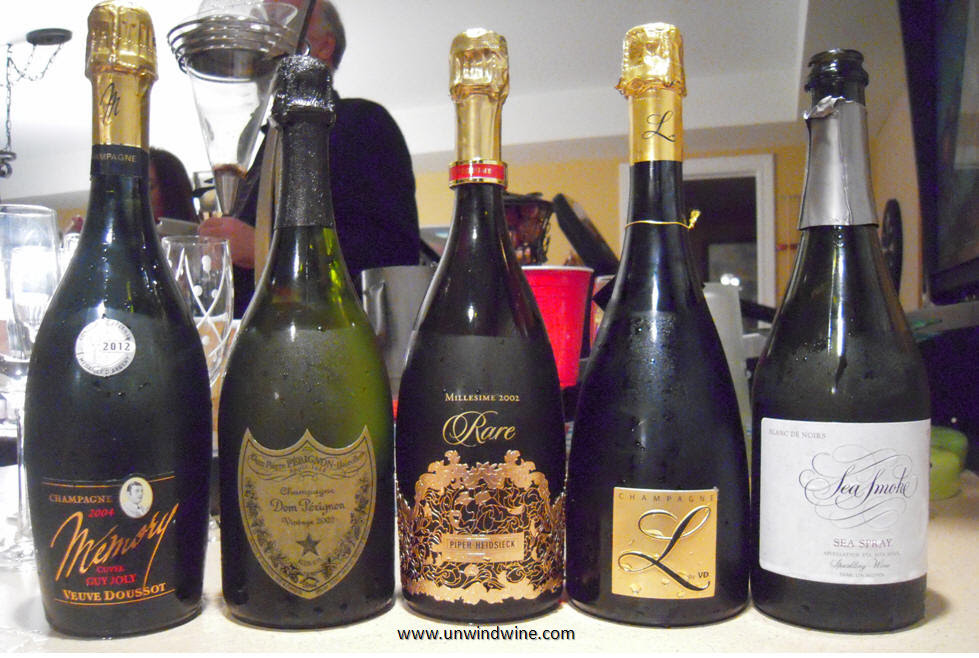 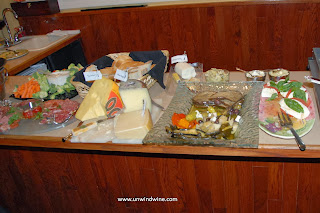 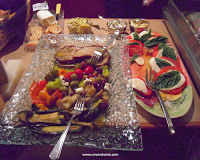 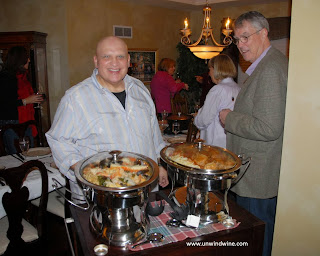 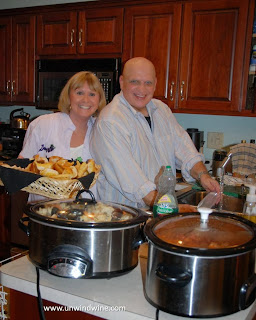 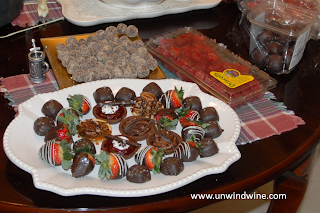 Finally, to close the evening, Dan serve a flight of rare single malt Irish and Scotch whiskeys including: 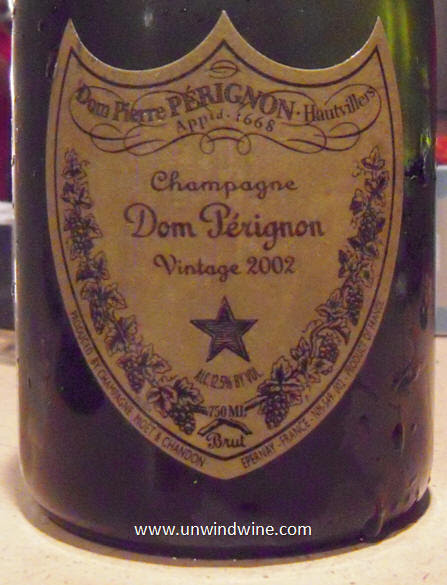 We visited the temple of Champagne, Moët & Chandon during our Champagne Wine Experience in 2006. It was one of our highlights of the trip.

Even in blind tasting I would've picked this out as my favorite. It was extremely vibrant and expressive with a rich full body. Normally, I don't have a lot of discrimination from one champagne to another. But then again, rarely if ever have I tasted a flight of such exceptional Champagnes.
RM 94 points.

The 2002 is the 2nd Highest Rated Dom Perignon ever by Wine Advocate affording it a 96 rating.

This was another stop on our Champagne wine experience 2006.  This is a classic vintage release label from this premier producer.

A challenging tasting with so many great selections .... is it heresy to say this Californian may have been the consensus favorite against such top rated Champagnes? 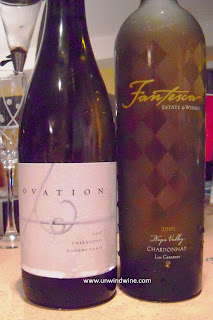 With the seafood cioppino Dan served two premium chardonnays - one a classic California Sonoma and one a Burgundian style Napa Carneros.

I picked this up from the winery as part of my allocation that I shared with Dan. This chardonnay was the art work of legendary Nils Venge in collaboration with son Kirk. 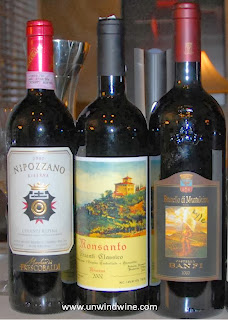 From Lyle's cellar, this was rated 92 points by Wine Spectator. 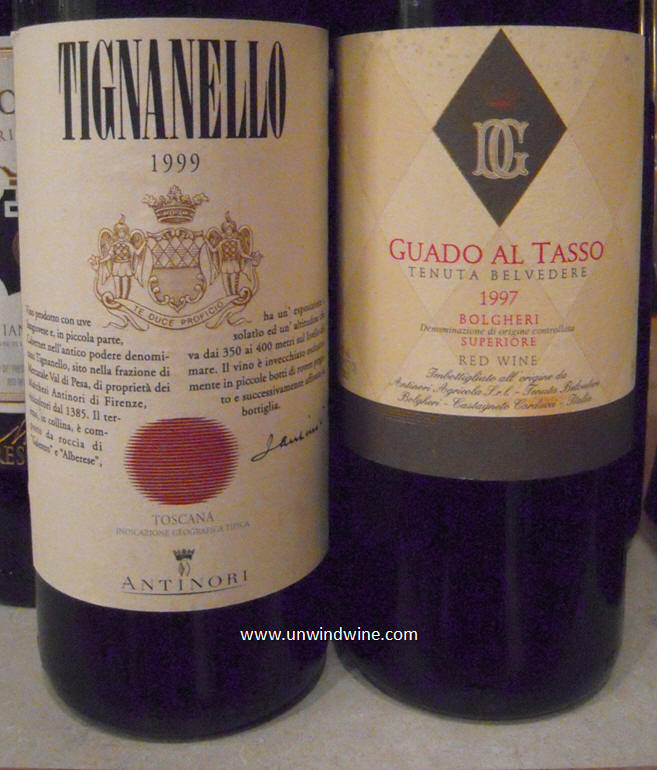 I brought these two classics from my cellar, a '97 and a '99 vintage wine that both received huge ratings and rankings upon release. I found the Tignanello to be my second favorite of the evening following the Ornellaia's.

The Guado Al Tasso was much lighter than I remember from earlier tastings, but then such comparison tastings such as tonight help calibrate wines and put them into perspective relative to their peers - hence the fun of a comparison tasting. 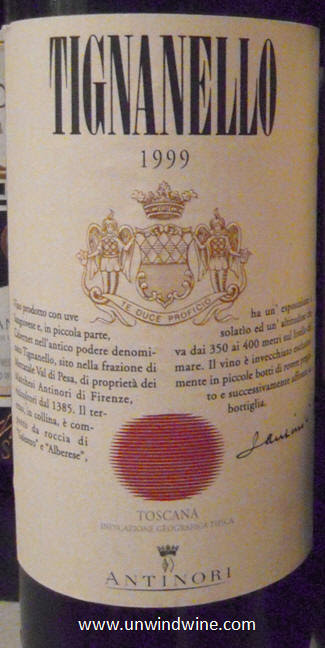 Sangiovese based blend with Cabernet Sauvignon and Sauvignon Franc.

One of the 'Super Tuscans' that are largely Bordeaux varietals. We acquired this wine upon release back in '99 when it received huge ratings from all the reviews including a 96 points from WS who chose it #12 out of the WINE SPECTATOR TOP 100 for 2000. This was the top label of the Guado Al Tasso line-up. 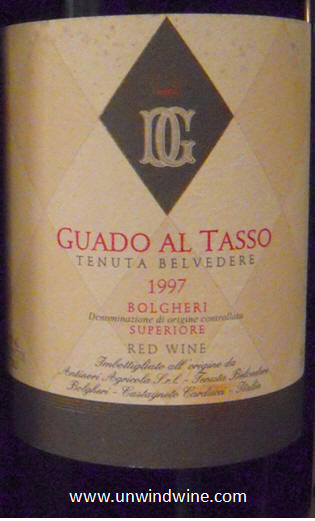 Tenuta Guado al Tasso is located 60 miles southwest of Florence, near the medieval village of Bolgheri, in an area known as the Maremma. The 2,200 acre estate stretches up from the shore of the Tyrrhenian Sea to the hills. In addition to extensive vineyards, the estate also grows wheat, corn, sunflowers, tomatoes and olive trees. The Guado al Tasso label was first produced in 1990 with  successive vintages in 1992, 1993, 1994, 1995 and 1996 and this 1997. All the vintages were produced in limited quantities.

Deep Ruby colored, medium bodied, This wine was much lighter and more subdued than I expected, was soft, smooth and polished with subdued berry fruits, hints of cassis, tea and toast on a moderate soft tannin finish.
60% Cabernet Sauvignon, 30% Merlot, 10% Syrah 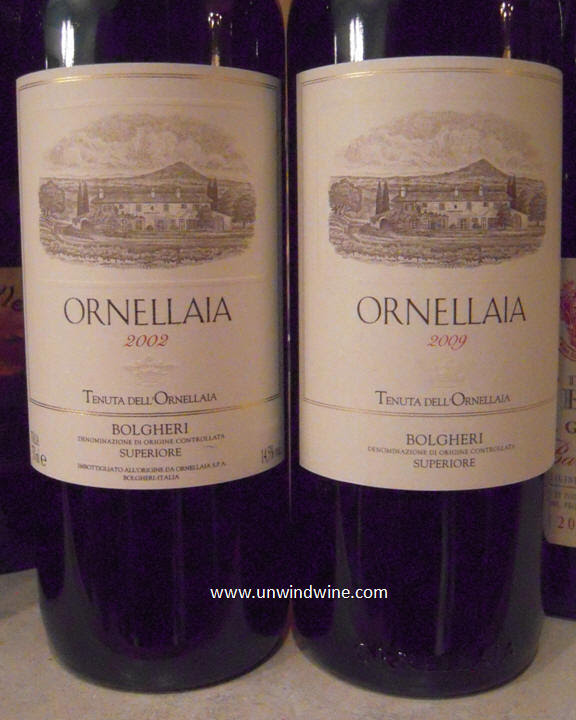 My two favorite wines of the evening were these two big powerful classics, Ornellaia - the 02 from Bill's cellar and the '09 brought by Ernie.

The 2009 may have been the biggest and most complex wine of the evening but it was too young to reveal its full majesty. The 2002 was more approachable and showed more elegance and polish having had an extra five years to settle itself. No doubt the '09 will present itself thusly in the years to come. Tonight, the '02 was my favorite of the flight.

These wines stood up well along with the hearty cheesy pasta and the beef cubes in the sausage, meatball and meat stew with red meat sauce. They begged for a big juicy beef-steak and were over-powering to much of the cuisine but wonderful none-the-less.

Between the 2002 and the 2009 wines tasted, although the lesser rated and cited to have the lesser aging potential, this 2002 was the wine most ready to drink now and was far more expressive and expansive of the two. Garnet colored, full bodied, complex, smooth and elegant with black berry fruits, tone of mocha and cola with layer of leather, coffee and olive tapenade turning to smooth soft tannins on the finish. Tasted almost like a mature Bordeaux.
RM 93 points. 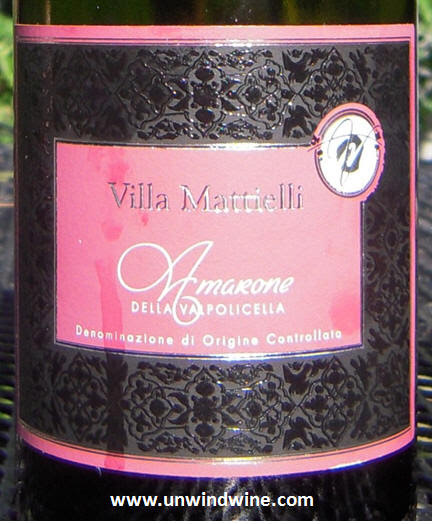 Lacking the big body and complexity of many Amarone, ruby colored, medium bodied, still has that signature raisin and fig tones with hints of anise, cola, vanilla and nut on a modest tannin finish. 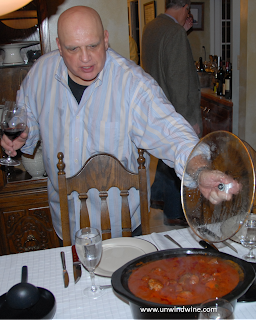 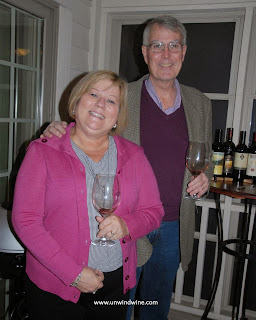 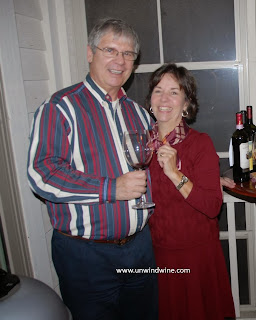 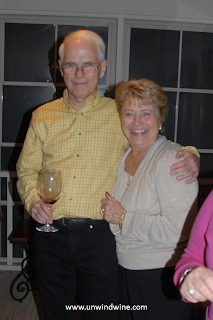 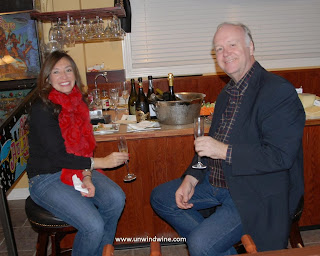 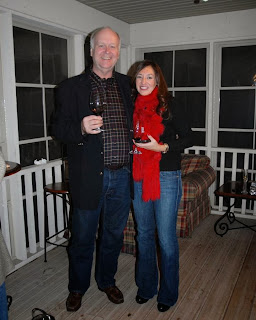 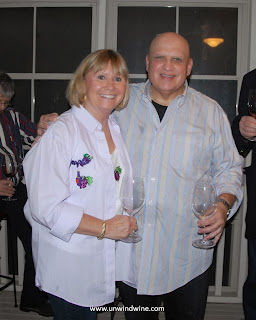 Posted by UnwindWine at 9:53 PM No comments: