I write often here about wine marketing and branding. Benton Lane have done a masterful job establishing an identity with their unique creative postage stamp styled labels. The metaphor works in creating an identity for the brand as well as allowing for multiple varietal offerings via the multi-color selections, as well as for the classification of vintages. The metaphor also works well for premium labels with the 'First Class' designation for select labels.

The Benton Lane family of labels as shown in their 'stamp' collection:

Benton-Lane derives its name from its location straddling the border between Benton and Lane counties in North-western Oregon. Lane is one of two counties to extend from the Pacific coast to the Cascade Mountain range. The Benton-Lane Estate is known as Sunnymount Ranch, named such since is is sunnier than the surrounding area due to its proximity in the shadow of some of the highest peaks in the coastal range, which tend to catch the marine cloud layer that flows in from the Pacific Ocean, in what climatologists call the “rain shadow”. The sunny slopes allow for earlier ripening of grapes increasing the chances of a complete harvest before the fall rains set in.

Steve and Carol Girard founded Benton-Lane when they purchased the property in 1988 and began planting Pinot Noir in 1989. Today the property comprises 138 acres in twenty-two different vineyard blocks predominantly planted to Pinot Noir of 7 different clones suitably matched to each sections terroir.


Benton-Lane’s first vintage was in 1992 and they produced Pinot Noir exclusively until 2003, when they expanded into small quantities of Pinot Gris and Pinot Blanc.

Benton Lane offer the distinction of a high QPR - quality price ratio in a modest/moderate priced Pinot Noir, a rare find, as I often write in this blog. I first discovered Benton Lane in a fine dining restaurant and have been a fan since. 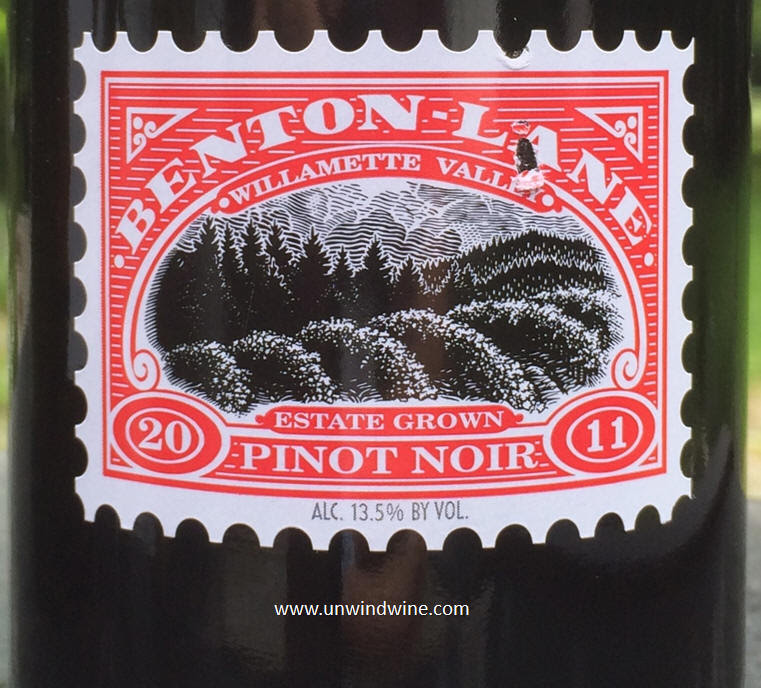 This was a perfect complement to our Easter dinner of baked ham with cherry compote, potatoes au-gratin, potato egg fritata with sweet and  jalapeno  peppers and scallions, and chocolate cheese blintzes with fresh berries, baked rolls and a fresh fruit plate. 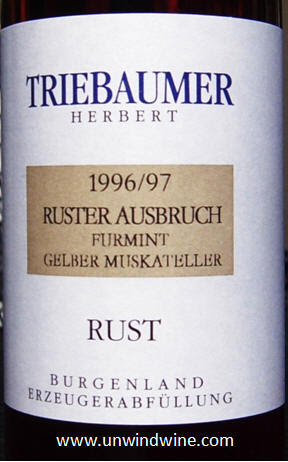 This is a Chardonnay blend of Fürmint and Gelber Muskatellier (Furmint and Gold Muscatel grape varieties). Tonight this was tea colored, while it was likely straw or butter colored upon release, over time it darkened to butter color, then weak tea colored, eventually darkening to the dark orange rust color it possesses now. Allowed to continue to age, this will likely eventually darken to dark strong tea color, although I suspect it won't necessarily improve the flavor and suitability of the wine. Some classic dessert wines are built to last decades, I suspect this Ruster Ausbruch nearing twenty years is at or even past its peak drinking window. We still have a case of this wine, so watch this blog as we monitor this over the coming months and years.

The thick almost syrupy extracted sweet fruit has been offset by a smoky almond nut flavor. Rather than the highly desirable apricot or peach flavors, this tended to be more cirtus focused. This was also a nice complement to Baked Ham and the Chocolate Cheese Blintzes.

Posted by UnwindWine at 6:36 PM No comments: