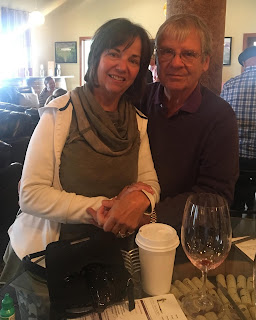 A major highlight of our Seattle Culinary and Washington Wine Tour was a visit to the Long Shadows Wine Cellars tasting room. Long Shadows is an extraordinarily and unique concept in collaboration between world class distinguished wine makers and grape growers in the Washington Columbia Valley.

Long Shadows was the creation of Allan Shoup, leader of Chateau St Michelle from 1983 to 2000. There he introduced Washington State grapes to winemakers from around the world in collaboration to produce quality wines.

After retirement from Chateau St Michelle he founded Long Shadows to produce world class ultra-premium wines in Washington. He built a state of the art winery in Walla Walla and recruited a team of legendary producers to craft signature wines from the best vineyards' fruit from the Washington Columbia Valley. Three years into the new venture Long Shadows was awarded the Winery of the Year by Food and Wine Magazine.

Shoup recruited a top winemaker with expertise and a track record producing best in class wine in each category or type of wine based on varietal grape. Marketed under the Vintners Collection, each of the Long Shadows labels in a testament to the legend of the winemaker for each label based on each varietal. The winemakers and their wine labels are: 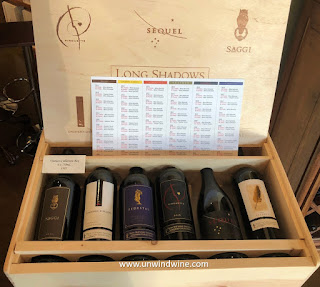 Philip was named by Robert Parker as one of the Top Ten Winemaker Consultants in the World. He earned his handicraft at legendary Chateau Haut Brion and has consulted for notable Napa labels including Gemstone, Hundred Acre, Lail, Seavey, Vineyard 29, Bryant Family Vineyards, Caldwell, Cliff Lede, Dalla Valle, and with Augustin at his well known Quintessa.

Saggi is a Super Tuscan style blend produced by Ambrogio and Giovanni Folonari, producers from one of Tuscany's leading wine families dating back to the 1700's.

Pedestal Merlot is a Merlot produced by Michael Rolland, PhD and winemaker for or advisor to some of the world's most exclusive wineries across Bordeaux including top producers Clinet, l'Evangile, and Ausone in St Emilion and Pomerol.

Rolland's has been involved in notable projects outside of Bordeaux including some of the highly regarded Napa Valley wineries including Dalla Valle Vineyards, Jericho Canyon Vineyard, Harlan Estate, Staglin Family Vineyard, and Bryant Estate.

Lastly, Chester Kidder, a new world blend of Cabernet Sauvignon, Syrah and other Bordeaux varietals. Named after Allan Shoup's grandparents, Charles Chester and Maggie Kidder, this wine is crafted by Long Shadow's director of winemaking Gilles Nicault. Gilles is also the winemaker for the Den Hoed wine label that we tasted during this trip with one of our culinary gourmet meals. 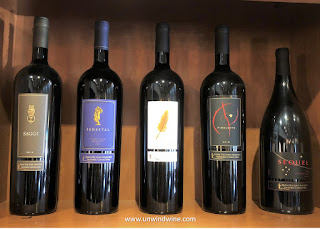 We've known the Long Shadows brand and have collected the Pirouette and Feather labels since the earliest vintages. We're long time fans of both Randy Dunn and Phillip Melka, producer of those labels. We hold more than a dozen vintages of Randy Dunn's Napa Valley and Howell Mountain Cabernets dating back to the early 1980's. We hold nearly a dozen vintages of Philip Melka wines marketed under numerous labels.

The tasting at Long Shadows of the most recent releases prompted us to join their highest participating level club to ensure allocation of each vintage of each of these labels going forward.