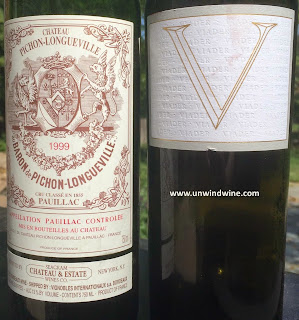 For a family gathering for a gala birthday dinner, L prepared the ultimate feast, lobster tails and filets of beef. To pair with the entree's we served Fritz Sonoma County Chardonnay and Pichon Baron Pauillac, one of my favorite reds. Following the Pichon we pulled from the cellar Viader 'V' Proprietary Red Blend from the same vintage for a mini horizontal comparison. Son Ryan brought from his cellar a Domaine du Pégaü Châteauneuf-du-Pape. To complete the dinner we had baked potatoes and sweet potatoes and haricut verts. We were joined by Ryan, Michelle, Erin, Johnnie and Marleigh, Lucy and Richie.

After dinner we had celebratory chocolate cake with ice cream.

Bill and Beth joined later for the second round wines which also included a Groom Shiraz 2004 for the ladies while the men focused on the Bordeaux Blends. 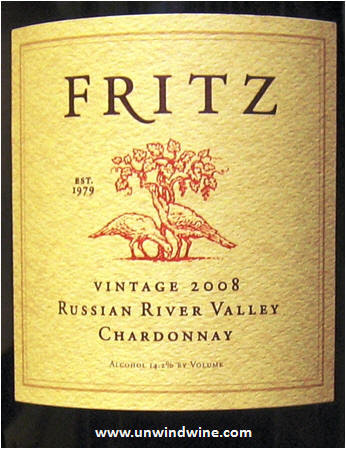 Following the last couple UGC Bordeaux tastings where this wine was one of the standouts, I selected this from the cellar to showcase my birthday dinner. This is classic Bordeaux at its best. Even though we PNP - pop and poured this without decanting, it immediately resonated from the glass with classic Bordeaux bouquet and flavors of dark berry fruits, graphite, violets and hints of smoky tar, tobacco and cassis. Dark ruby  colored, medium bodied, polished and nicely balanced, soft and almost delicate for a Pauillac, the tongue coating fine tannins are silky smooth on the lingering finish. At sixteen, this is likely at its prime drinking now. 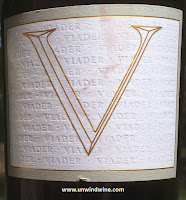 We acquired a couple vintages of this limited release flagship Bordeaux Blend at the winery during our 2008 Napa Valley Howell Mountain Wine Experience, and then several more vintages at auctions. We met winemaker and principle Delia Viader at the Viader tasting at the Chicago Lakeview  Binny's.

I recall from the tasting at the winery that this blend features a higher percentage of Petit Verdot accented by Cabernet Franc, to compliment the Cabernet Sauvignon, which manifests itself as more firm, greater backbone and more predominant lead pencil graphite tones propping up the black fruits.

Dark blackish garnet colored, medium bodied, this opened with an obtuse acidic edge of black cherry that took a half hour to shed. Over the course of the hour it gained complexity and depth with concentrated black fruits punctuated by pencil lead, creosote and tobacco leaf. The longer it was opened the more it took on a layer of sweetness with tones of dark chocolate/mocha and sweet oak with gripping tannins on the moderate finish. This too is likely at its apex now at fifteen years.

Son Ryan brought this from his cellar for our celebration dinner.

This was tight and a bit closed with the fruits subdued and overtaken by a layer of black tea, tobacco leaf, with hints of creosote over the black berry fruits. This needs bold zesty bar-be-que to offset the tight firm black fruits and non-fruit layer. 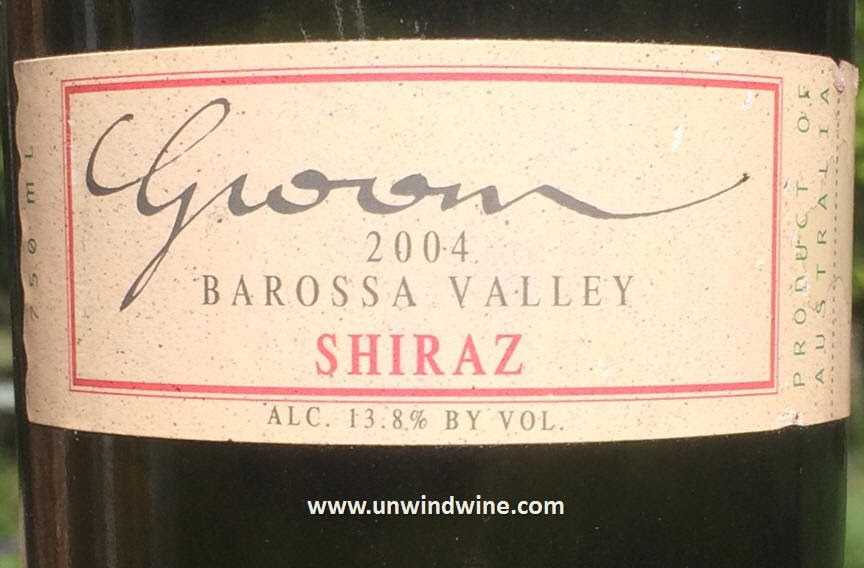 Fruit for this wine comes from vineyards directly adjacent to the renowned Penfolds Kalimna vineyard - source for their legendary Grange Shiraz, the Groom Kalimna Bush Block was planted with Shiraz in 1997 and produced its first crop in the 1999 vintage, and from another reputable quality Barossa vineyard, the Fechner Vineyard, which is home to 50 year-old vines.

This was fuller and richer than I remember from other vintages, dark garnet colored, full bodied with concentrated blackberry and black raspberry fruits accented by ripe plum, turning to a layer of caramel/mocha, vanilla and spice with hints of tar and leather on a chewy gritty tannin lingering finish.