We attended a tasting event of the Penfolds line-up including legendary Grange held at Binny's new wine superstore in Oak Brook, IL.  At 170 years of age, Penfolds is one of the oldest producers in Australia. They were named Australian Wine Producer of the Year 2014 by the International Wine and Spirit Competition (IWSC). Their  flagship wine ultra-premium Grange is one of the most prestigious labels in the world as well as from Australia.

The 1995 Wine Spectator wine of the year was the 1990 vintage Penfold's Grange. We still hold an original wood case of 1990 Grange to commemorate son Alec's birth year. Hence, the chance to taste Grange is a special treat, as is the opportunity to learn more about this classic wine. Our collection of birth year wines of our kids, including our large format bottles was the basis for our cellar being featured in the Collecting section of the June 2001 issue. 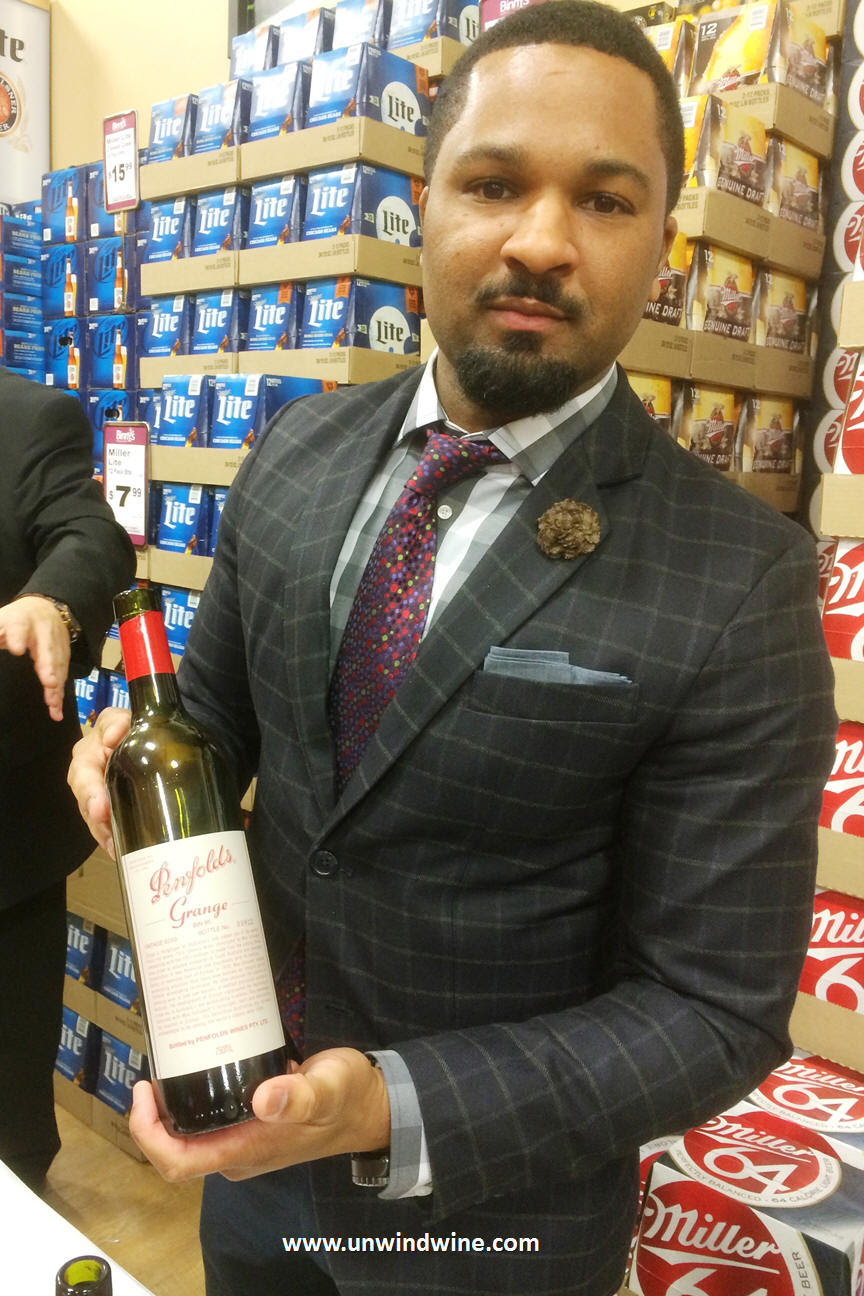 The extensive Penfolds portfolio consists of entry level, select, special vineyard selections and is headed by The Penfolds Collection, consisting of fifteen different labels featuring special selections of Shiraz, then Cabernet Sauvignon, and also including Mouvedre, another Rhone blend, Chardonnay and a Riesling. They also offer a line of fortified wines which are their original heritage.

Tonight's tasting flight featured nine different wines culminating in two vintages of the classic Grange. The program was currated by Penfolds Ambassador and Education Director DLynn Proctor. What fun to meet DLynn in person having enjoyed watching his pursuit of his Master Sommelier Certification in the entertaining documentary movie SOMM which is a feature on Netflix.

The wine flights were accompanied by an assortment of cheeses, prosciutto, olives, and French bread.


The flight included:
The wines were poured in an informal setting from three tables but the group was small allowing for engaging discussion, access to pours, ability to ask questions and have informed discourse.

The event was staffed and supported by Team Binny's, Southern Wine and Spirits and the Prestige group which is the parent company of Penfolds.

From Eden Valley, with its high altitude and cool climate, this is a white wine that can be enjoyed upon release or held for long term cellaring. The winemaker suggests optimal drinking window through 2020. 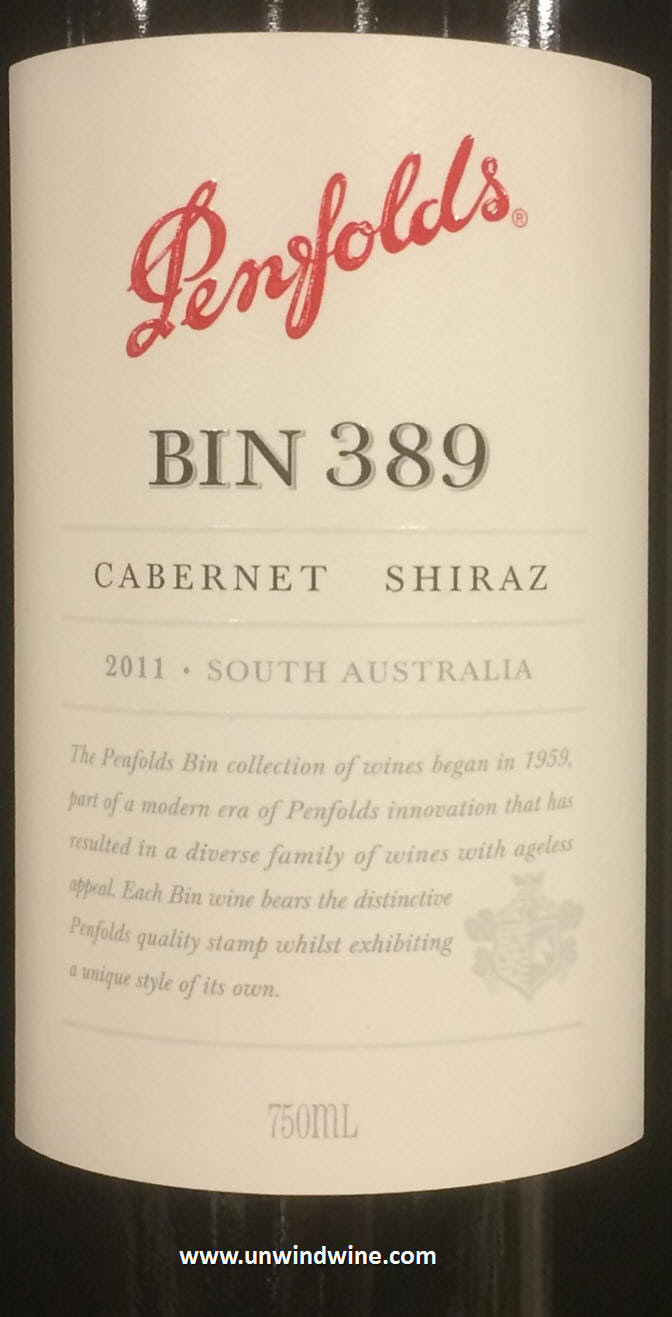 A totally different experience than the Grange, but understandable at a fraction of the price, this is more in the style of the big dense chewy Shiraz' that we love and enjoy regularly.

Bin 389 Cabernet/Shiraz 2011 - This is known as 'poor man's Grange' or DLynne called it 'baby Grange'. It is sourced from some of the same blocks as Grange and is produced in the same style - a blend of Shiraz and Cabernet from multiple districts - South Australia. Barossa Valley, Coonawarra, Padthaway, Robe, McLaren Vale, Langhorne Creek and Clare Valley. Also, perhaps most notably, components of the wine are matured in the same barrels that held the previous vintage of Grange!

Penfolds RWT Shiraz is named for ‘Red Winemaking Trial’, the name given initially to an internal project to develop this wine back in 1995. No longer a ‘Trial’ RWT Shiraz was launched in May 2000 with the release of the 1997 vintage. 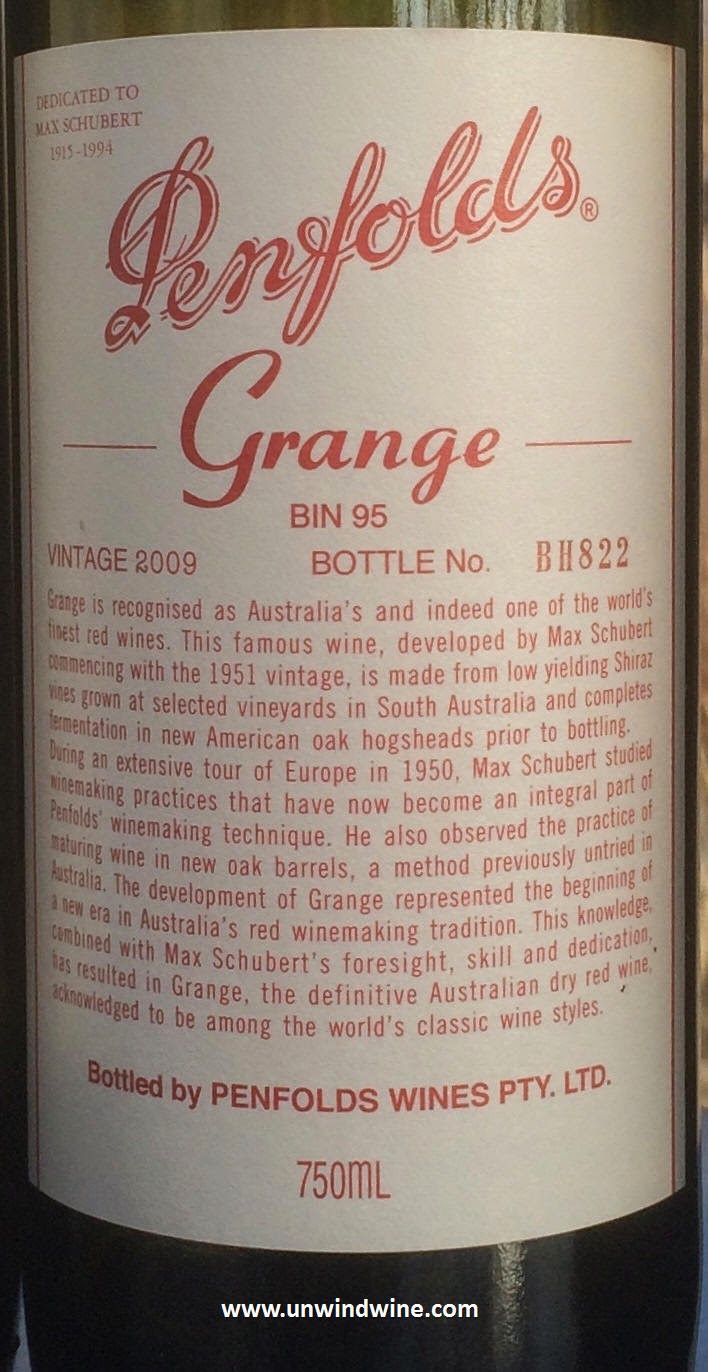 Grange is the ultra-premium flagship of the brand that is blended from the finest picking of the most select fruit sourced from vineyards from several appellations across South Australia from Penfolds and several  growers with long term relationships with the company. The pickers make as many as ten passes through the vineyards selecting the finest bunches of grapes. The wine is aged in 100% new American Oak for about seventeen months.

The 2009 Grange Shiraz is a blend of 84% Barossa, 8% McLaren, and a bit of Clare Valley and Magill fruits with a touch of 2% of Cabernet Sauvignon. 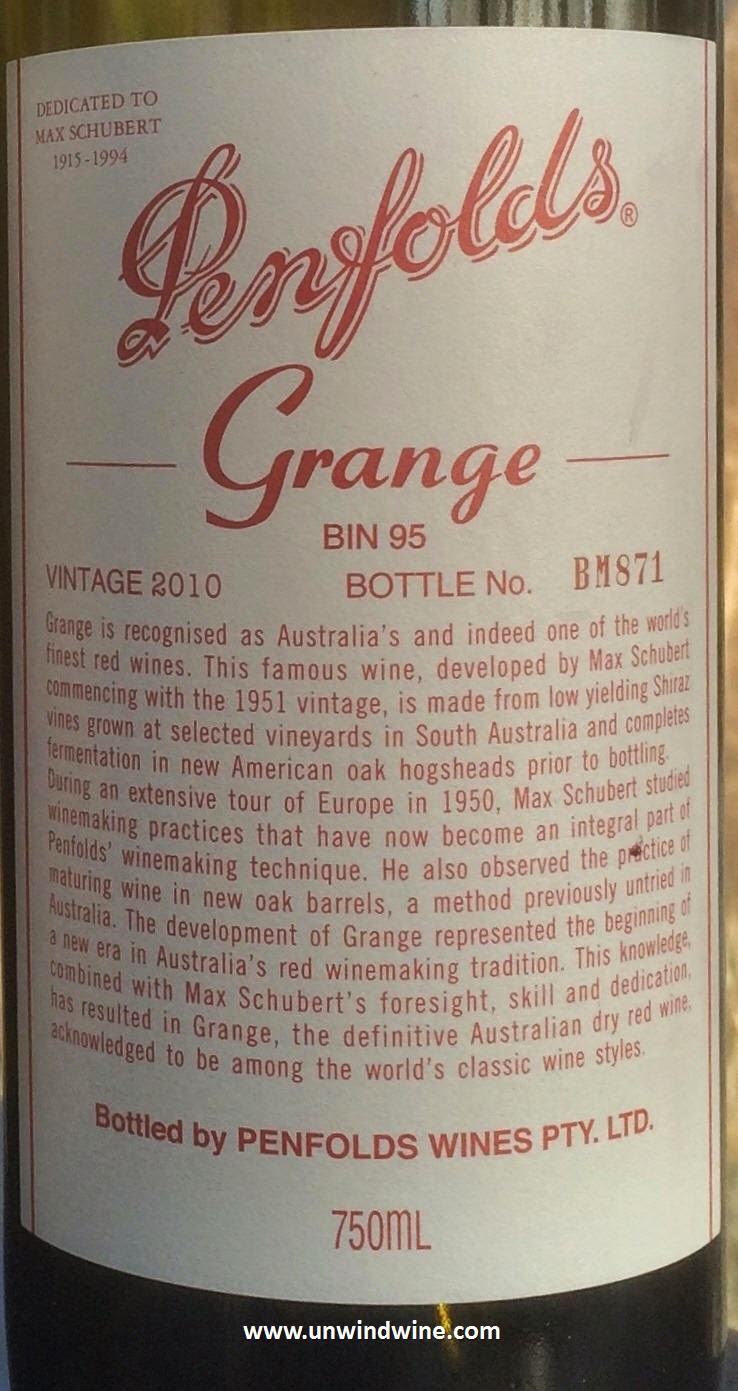 The 2010 release is the 60th consecutive vintage release of Grange. The core is Barossa Valley Shiraz (85%) the remaining 15% shiraz (and 4% cabernet sauvignon) from the Clare Valley, Adelaide Hills, McLaren Vale and Magill Estate.

https://www.penfolds.com/
Posted by UnwindWine at 8:52 PM No comments: Links to this post