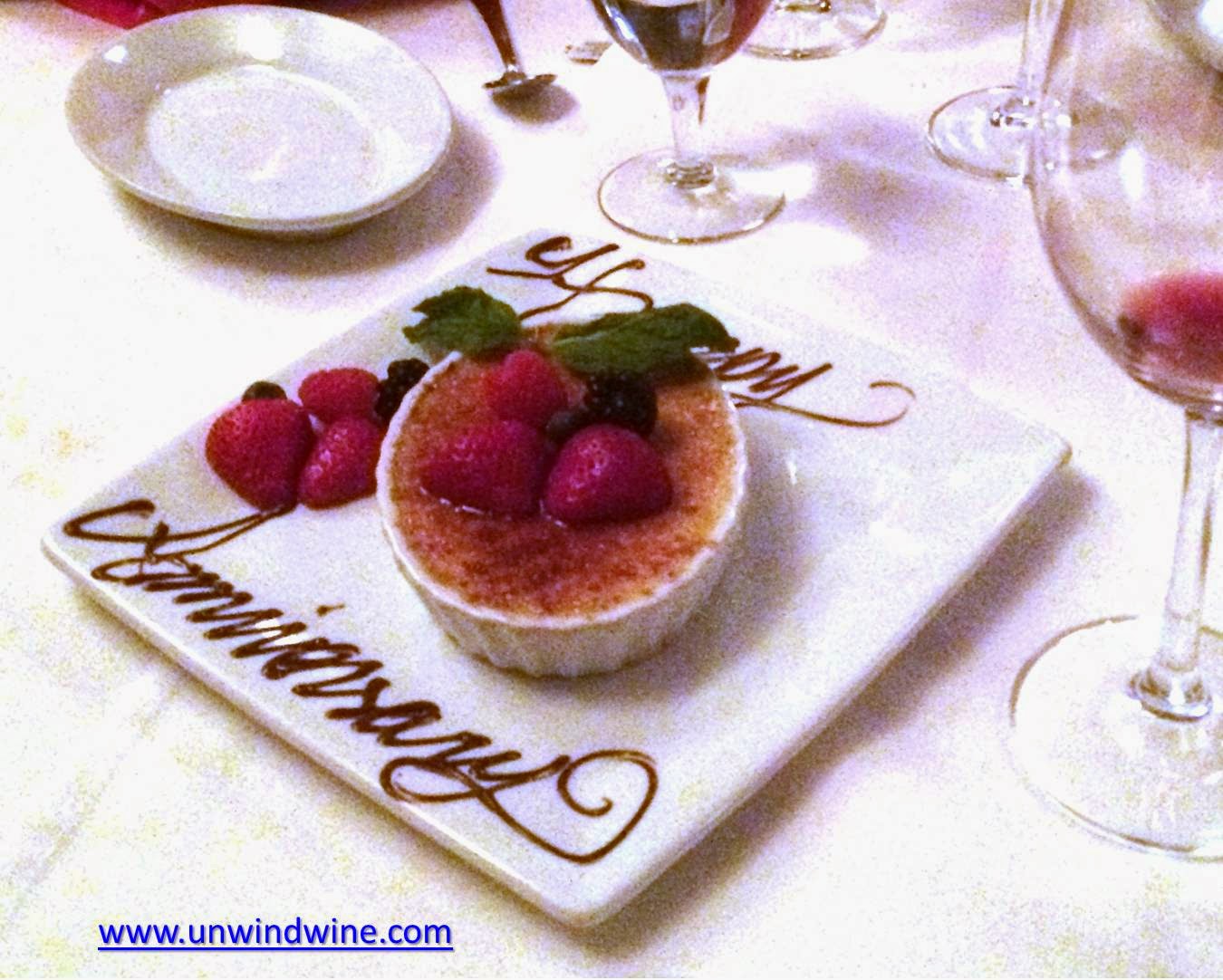 Readers of this blog know we favor big bold red wines and grilled beefsteak.  When we gathered with friends Bob and Gloria and Bill and Beth for a gala celebration dinner, one could pretty well imagine what to expect. It's hard to imagine getting any better than this outing - great fun, food, friends, fellowship - capped by an extraordinary wine. We dined at Ruth's Chris steak house in Chicago.

As noted herein last week, L & I are celebrating a decade anniversary, Bill & Beth celebrated their anniversary last month, Bob had a birthday, one of the kids got engaged, another started a new school program, another accepted a new job - many blessings over which to rejoice and celebrate. 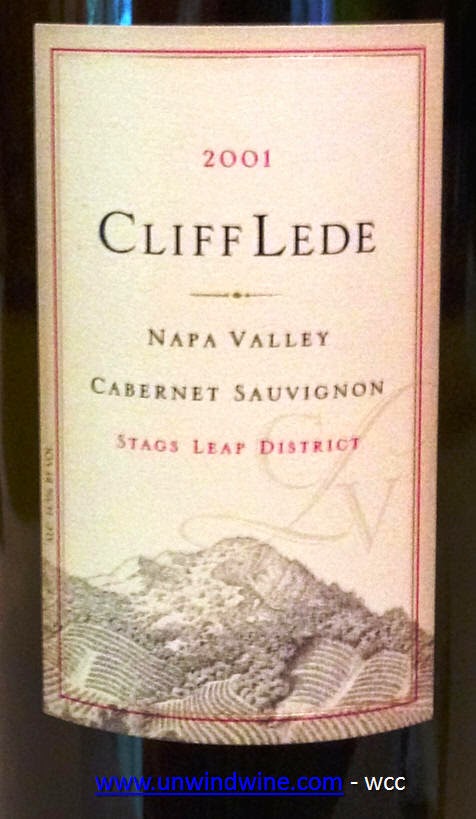 Never-the-less, a highlight of the evening was the BYOB selection from Bill and Beth - a magnum of Cliff Lede Stag's Leap District Cabernet Sauvignon - 2001!

If you follow Cliff Lede closely, you'll note that he acquired the S Anderson estate and vineyards back in 2002. This wine would have been in the estate inventory in barrels at the time. Since they hold the juice in barrel for up to two years, when bottled, it was likely THE, or one of the first bottlings under the Cliff Lede brand and label.

It should also be noted, that this would wine would likely be a blend representing the entire estate property with its various vineyards, each with its own exposure, elevation, composition - aka character or terroir. Today, many of the vineyard fruits are set aside for special designated bottlings from the Lede portfolio.

Bill obtained this bottle at the winery on a recent visit having tasted it from standard size bottle. He had the wisdom and forethought to obtain a bottle in magnum format which he says ended up being more stable, balanced, polished and fruit filled - all manifestations of having been aged in a larger format. A special tasting at the winery was a highlight of our visit during our Napa Wine Experience 2009.

The '01 Cliff Lede Napa Cabernet was dark ink colored, full bodied, complex, concentrated and chewy, yet smooth, polished and harmonious. Initially it had a layer of earthiness and leather with a hint of funkiness that burned off after an hour to explode with forward ripe dark berry, plum and currant fruits, accented by tea and spice before giving way to a milk chocolate tone on the silky supple lingering finish. This accentuated fruit subsided a bit after another hour turning to tones of black cherry and tea, but was still delicious none-the-less.

To start the evening wine festivities, we ordered from the winelist a sparkling (white) wine.

This is from the magnificent picturesque estate along the Sonoma highway that connects Napa and Sonoma in Carneros, down as the bottom of each of the valleys, at the top of San Pablo Bay. Despite the fact this California producer/estate is owned by the French Champagne house Taittinger, it is appropriately called sparkling wine. 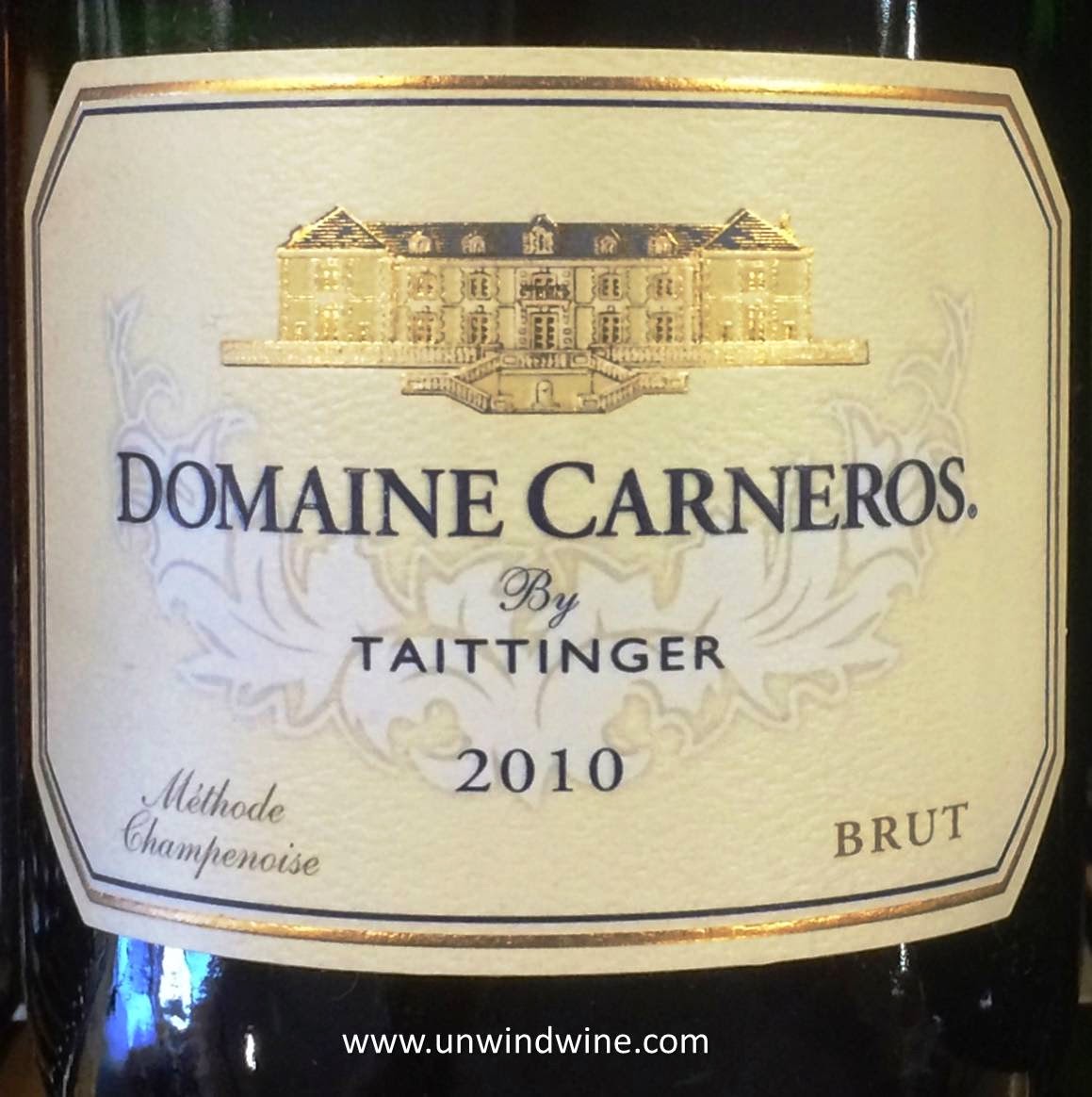 Moreover, despite being produced in the classic tradition of méthode champenoise, being from outside of the Champagne appellation in France, this is still referred to as sparkling wine. Only wine produced within the classic French region/appellation may properly be labeled or marketed as Champagne.

Under the classic méthode champenoise process, the effervescence or sparkling bubbles is produced by secondary fermentation in the bottle. As the name suggests, this is used for the production of Champagne, but is slightly more expensive than the Charmat process. In this popular process, the bubbles are introduced in bulk vats or tanks, in which the wine undergoes the necessary secondary fermentation that produces such, and then is bottled under pressure.

This is sourced from Chardonnay and Pinot Noir fruits that are 100% from the Carneros appellation. The Brut was aged in the bottle for three years before release.

This was golden platinum colored, medium bodied with an essence of sweetness, with aromas and flavors of golden apple and hints of honey giving way to zesty lemon zest and brioche.

For the starter courses and as a lead-in to the headliner Lede Cabernet, we opened a red wine blend from the winelist. 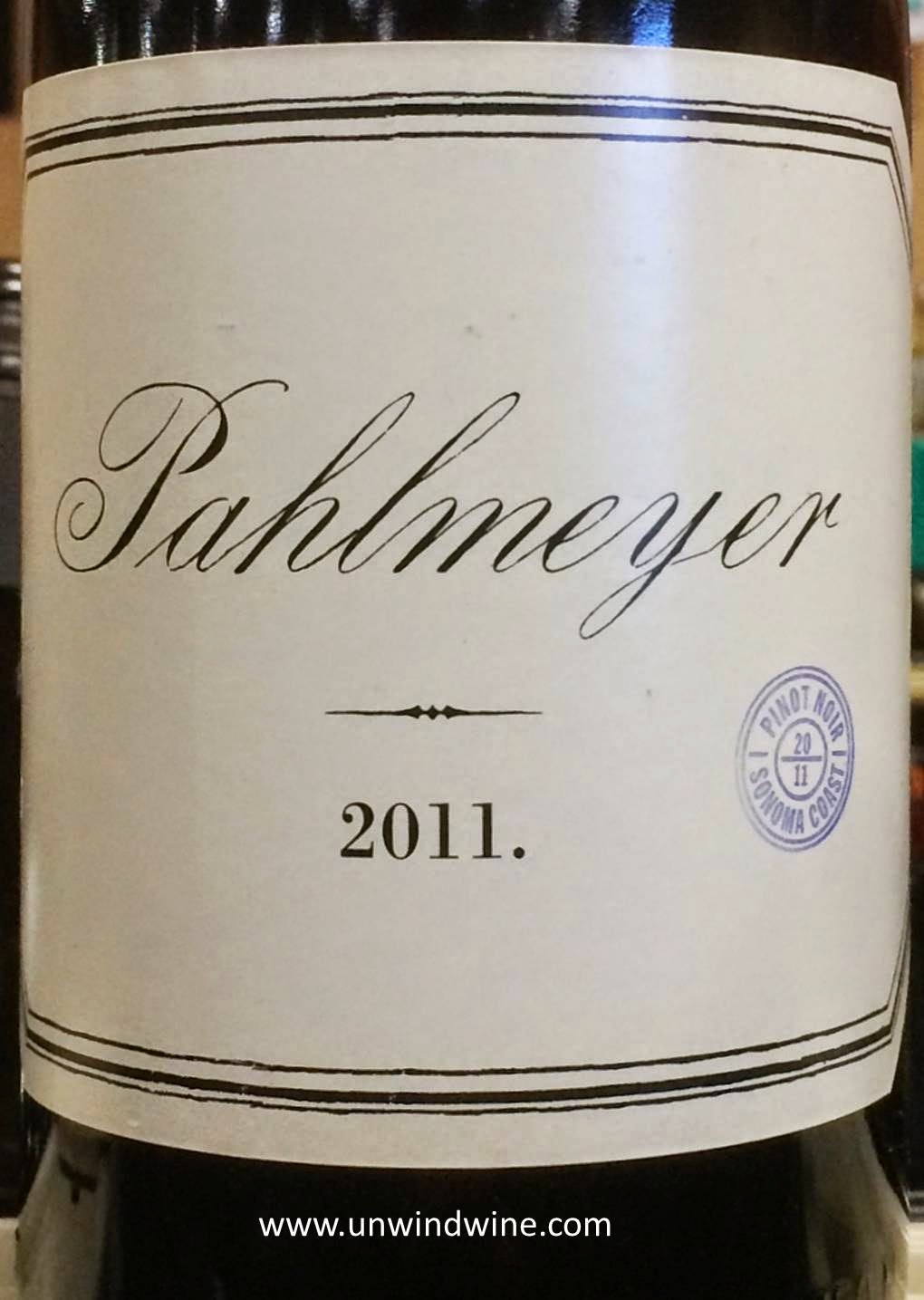 I am more than a bit irritated that despite my specificity in ordering this wine, and then having questioned the accuracy of the wine being opened, not until I looked at these pictures of the wine labels the day after, that I realize we were served the wrong wine.

This is disappointing since the wine I ordered is one that I know well and like, but the wine we drank was underwhelming at best. I now realize that expecting a Bordeaux varietal Red Blend, we were served a Pinot Noir. This explains my observations of the wine at the time, being more flat and lacking the more bold forward fruit that I was expecting. I rationalized it at the time as being a function of the here-to-fore untried vintage.

My irritation and disappointment is further exacerbated by the fact that I was expecting a bottle having the name Jayson, the name of Bob and Gloria's son (albeit spelled differently), the subject of one of our evening's celebrations. I have purchased and am holding several vintages of this wine, in anticipation of such an event with our friends.

Lastly, I questioned the bottle at the time but in the dimly lit room and press of the waitstaff, I succumbed to the events. I know better and shame on me for accepting a lesser bottle of wine, that didn't harmonize or compliment as well with our other wine or entree selections, that I fear was significantly more expensive.

In light of these sentiments and circumstances, I'll reserve comments on this wine, and the attentiveness and approach of the waitstaff, other than to express that I now understand one of mysteries or anomalies of an otherwise near perfect evening.

Posted by UnwindWine at 2:02 PM No comments: Links to this post