Hudson Yards is located in Manhatten on Tenth Avenue between 30th and 34th streets above the railroad yard at the Hudson River. It is the largest private real estate development in the history of the United States with investment exceeding twenty-five billion dollars. It is the new heart of New York and is a metroplex where people come together to work, live and play, and enjoy chef-driven restaurants or shop the world’s iconic brands. 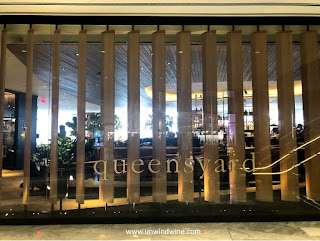 queensyard is a British restaurant where the layout is inspired by the rooms of an English country home. The all-day dining destination has seating for numerous styles - a wine bar in the café, a light lunch in the Kitchen, a board room for business or private dinners adjacent the wine cellar, and an airy light filled open dining overlooking the Hudson Yard Grand Plaza, the river and views of Hoboken across the river.

Having been to Britain literally two hundred times over the decades, having worked for a British company for over a decade, I am only too familiar with British 'cuisine', or lack thereof. I accepted queensland as our dining destination presuming it was Australian. If I had known it was British themed, I would have likely been resistant. What a pleasant surprise that the food was so good, and the ambiance and setting so delightful! 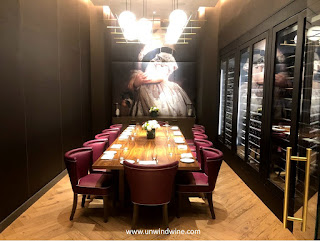 There are three dining options in queensland, the bar, the cafe or the restaurant. Sunday afternoon dinner in the restaurant is a two course price fixe menu, which we chose for our dining experience. It was spectacular in almost every aspect. 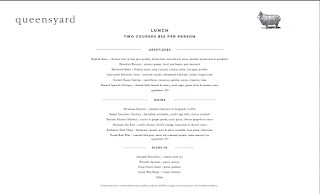 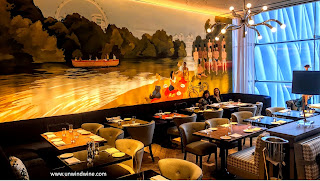 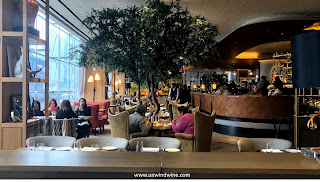 The queensyard menu is modern British fare, that focuses on British cooking but features influences from both sides of the Atlantic.

For our starter course we chose three different selections. Each was tremendous. 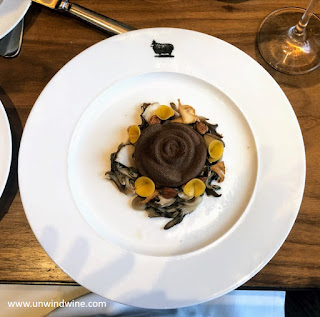 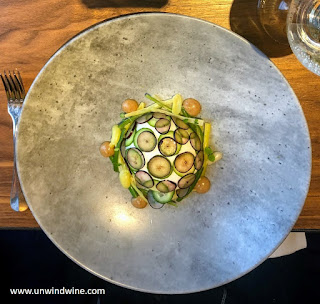 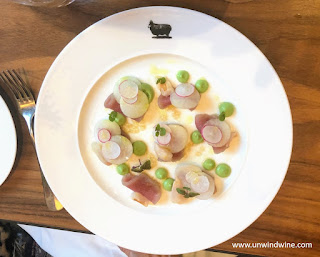 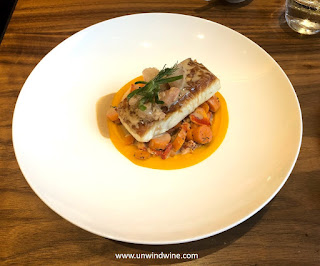 For our main course, we all chose the Braised Atlantic Halibut with carrot & ginger purée, yuzu glaze, lobster grapefruit sauce. It too was delicious except for the fact that the lobster accompaniment was not fresh and was gamey or a bit too strong fishy. The lobster meat was not of the tail but rather from the claw, but that was not the reason for its diminution. Furthermore, Linda's Halibut was a bit undercooked, while Viviana's and mine were good. 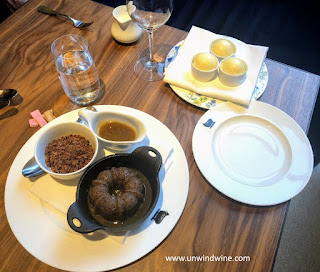 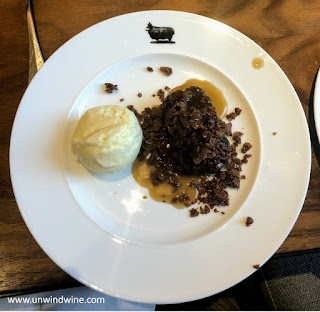 Interesting that even the selection of sparkling water was British from Wales.

To accompany our dinners, we chose from the winelist this white wine - a French Sancerre Sauvignon Blanc. 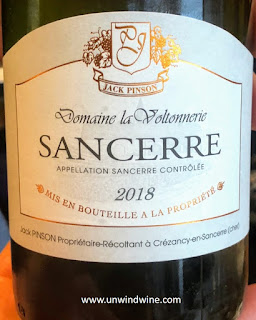 'Old World' wines are named for the region or area from which they are sourced such as, in this case, the commune of Sancerre in the Loire Valley. Those wines invariably are sourced from a single predominant varietal grape. Wines from Sancerre are generally comprised of Sauvignon Blanc. In the New World, wines are named for the predominant grape that is in the bottle, and this would be referred to as Sauvignon Blanc.

Jack Pinson founded his 2.5-acre domaine in 1970 in the village of Crézancy-en-Sancerre. Today, the property is overseen by his daughter Alix. The property includes 31.5 acres planted in Sauvignon Blanc and 8.5 acres of Pinot Noir.  The terrior soil is generally clay and limestone.

This was straw colored, light-medium-bodied, dry with aromas of orange blossoms and honey with a notes of lemon citrus, grapefruit, and herb turning to notes of with minerals on a crisp mildly acidic finish.

Posted by UnwindWine at 6:41 PM No comments: