A visit to Château Branaire-Ducru


Our visit and tour of the historic estate was another one of the key visits on our trip to the St Julien Appellation (AOC) in Bordeaux, Château Branaire-Ducru was one of ten Quatrièmes Crus (Fourth Growths) in the historic Bordeaux Wine Official Classification of 1855.

Like Léoville du Marquis de Las Cases, Chateau Ducru Beaucaillou, Gruaud Larose, Léoville-Poyferré, and adjacent Château Beychevelle, the other St Julien producers that we also visited, we hold or have consumed a selection of Château Branaire-Ducru dating back several decades to the early eighties.

Château Branaire-Ducru was originally part of the greater estate that comprised Chateau Beychevelle and adjacent Ducru Beaucaillou. It became a separate vineyard from the Beychevelle estate after the death of Bernard de la Valette, Duke of Epernon, in the mid 17th century, when his assets were turned over to the French Crown to pay off his debts.

In 1680, Jean-Baptiste Braneyre bought the property from the Duc d’Epernon’s vast Beychevelle estate, which had been broken up on his death in 1642. His descendant, Marie Braneyre married Pierre Du Luc, and the property becomes known as Branaire Duluc.

The first winery was established in a small house that Marie de Chillaud, granddaughter of Marie and Pierre Braneyre, bought in Bourdieu, a hamlet close to Château Beychevelle. The oldest parts of the building date back to 1730.

Marie de Chillaud’s children of the Duluc family had the current Château built around 1824. It consisted of a country manor house and an orangerie in the directoire style designed by architects Rieutord and Laciotte. The chateau was expanded further in 1836. The estate was eventually sold to a relative, Gustave Ducru.

In 1855 it was classified as a fourth growth under the name Branaire Duluc.  Ducru, a distant relative of the Duluc family, added his name to the brand and label, and it become Château Branaire-Ducru which has remained to this day.

In 1879, Gustave died and the estate was passed to his sister, the Countessa Duluc. In 1899, the château was bequeathed to three nephews, the Marquis de Carbonnier de Marzac, Comte Ravez and Comte du Perrier de Larsan. Their aunt, the Countessa, and the three nephews are represented today by the four crowns on the Branaire-Ducru logo and label. 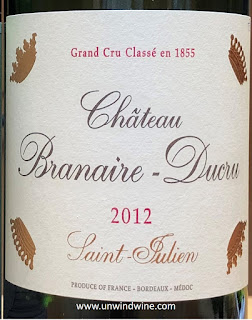 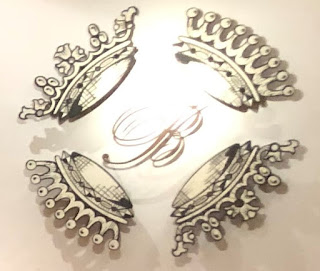 In 1919, Branaire was taken over by Jean-Michel Tapie who held the property until the Tari-Tapie family sold out to Patrick Maroteaux in 1988, who remains owner to this day.

We've had the pleasure of meeting Mr Maroteaux during his travels with the UGCB to America - (UGC Bordeaux' (Union des Grands Crus de Bordeaux (UGCB)), promoting their wines. We have served several St Julien producers' wines during the annual release tour over the years standing in for producers who could not attend or who were disrupted by winter weather travel disruptions.


The French family group lead by chairman Patrick Maroteaux has invested heavily in upgrading and renovating the estate. They have planted new vineyards, built a new cuvier and ultra-modern chai and upgraded the technical operations. 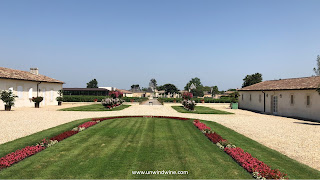 As part of efforts to upgrade the brand and quality of the grand vin flagship label, they added a second label wine, Duluc de Branaire-Ducru. Duluc is produced from the youngest vines and fruit not considered suitable for the grand vin. Like other producers across the region, the second label provides consumers earlier drinking gratification at a more affordable price point, all the while improving the value of the flagship signature label by selecting only the finest lots for the grand vin. All these efforts have resulted in improving the reputation and standing of Château Branaire-Ducru as one of the elite Bordeaux wines - classified and recognized as a Grand Cru Classe. 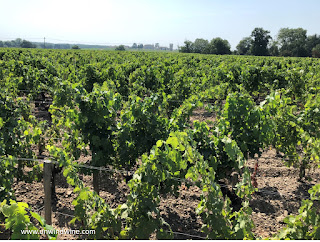 The wines are matured in oak barriques (65% new). The proportion of Cabernet Sauvignon in the blend can be higher than that in the vineyards - 80-85% in some years, which is one of the highest in the Médoc.

The average age of the vineyard is 35 years and they are harvested by hand.

The wine is made in the most practical method that is least disturbing to the grapes using gravity rather than pumps to move and circulate the harvested fruit and the wine. The new viticulture building has a wide range of tanks of different sizes that can be matched to the different batches based on careful selection based on the varying characteristics of the different vineyard plots. The wines are aged traditionally in barrels made from French oak. They are always fined with fresh egg whites. 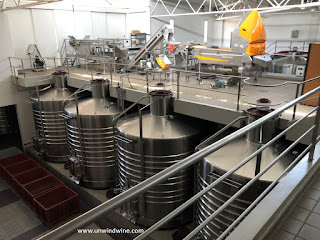 The winemaking occurs in 28 stainless temperature controlled steel tanks whose size is matched to vineyard plot size, 60hl to 230hl. Blending of the batches occurs early in the year, before the end of February following the harvest.  The wines go through primary fermentation for about three weeks in the temperature-controlled stainless-steel vats. About 1/3 of the production undergoes malolactic fermentation in new oak barrels. Once fermentation is complete the wines are transferred into oak barrels (50% new oak) for 18–24 months of aging. 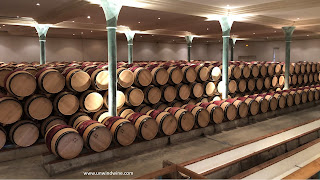 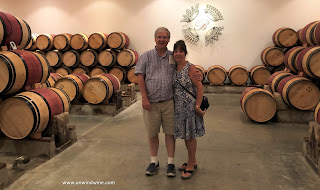 Branaire-Ducru and Duluc de Branaire-Ducru wines are characteristically complex and have long ageing potential. They are best consumed five to eight years after release but can often age for several decades depending on the vintage. Every effort is made to bring out the purity of the fruit and reflect the terrior of the vineyards.


Our hostess Cindy, a longtime member of the staff conducted our tour. She did a creative and imaginative job showing videos that she produced on her IPAD of the harvest, the grape selection and sorting, the vinification in the tanks, filling and racking the barrels, and bottling processes. 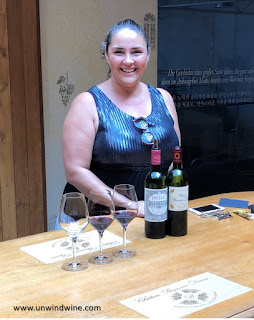 While Patrick Maroteaux have improved the quality of the wines, they have maintained the price point such that Branaire Ducru represents good value compared to some of the other higher priced St Julien labels. This is especially true in top rated excellent vintages where 'all boats rise with the tide' and have high quality product resulting from a great vintage. Look for Branaire Ducru for good QPR, (Quality Price Ratio) in a Grand Cru Classe Left Bank Bordeaux.

Posted by UnwindWine at 6:49 PM