As in previous years, our 'Pour Boys' wine group (left) helped conduct the event in Chicago.

Once again it was held at the Drake Hotel in the magnificent grand ballroom (shown below).

We work with the UGCB Events Manager, Olivier Crombez, host Mike Wangbickler and his Balzac Communications team preparing the room and the wines, checking in trade registrants, and standing in for producers who faced travel or other disruptions, presenting and pouring their wines.

Several times over the years, several producers or their representatives were delayed in travel or had other disruptions and we were called in to service to pour their wines, hence we earned our moniker, the 'Pour Boys'.


Close to a hundred producers were represented at the event that was attended by over five hundred members of the trade, media and industry. 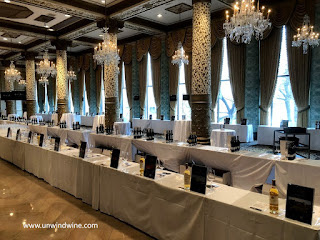 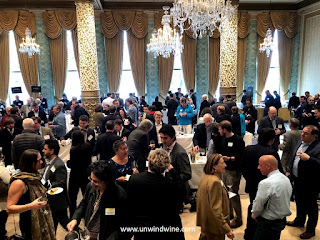 As is their custom in the third week of January, this annual roadshow is a marathon trek across North America by the producers and their representatives offering wine professionals and eonphiles the chance to meet the Bordeaux principles, winemakers and commercial directors.

As I've written in previous years, we appreciate the investment in time and effort expended by the producers and and their brand ambassadors to visit Chicago. It provides a wonderful opportunity to meet them firsthand and discuss their perspectives on their brand, approach to crafting their style, their history, businesses, and their vintages including, of course, the current release.


As a collector and holder of a significant collection of Bordeaux wines dating back four decades, I hold as many as a dozen or more vintages of some of these labels. Meeting the owners, family members, producer / winemaker / representative is a great privilege and offers a collector the chance to learn more about their  investment and wines. As such, I tend to focus on and taste those wines that I know well and hold verticals (multiple vintages of the same label), of which my wine buddies and I have holdings.


This was the tenth Bordeaux release event that I and my 'Pour Boy' wine buddies assisted the team at Balzac Communications to work the event, helping with set up, logistics, checking in the attendees, and standing in to pour wine for any featured producers that were not able to attend in person.

This year was especially exciting since we visited Bordeaux this past year and we got to visit with several of the producers' and brand ambassadors whose Chateau's or vineyards we visited on our trip.

As usual, we focused on the Left Bank producers that we own and collect, but this year particularly, we focused on  those that we visited this year, as well as those we are targeting for our next visit to the Medoc.

The 2017 vintage was a bit challenging interrupting the streak of great harvests 2015 through 2019, primarily due to a frost that hit the region early in the season.

The wine team of K&L Wines in the San Francisco Bay Area, Clyde Beffa and Ralph Sands, issued their 2017 Bordeaux vintage report following their tour to the region.

The 2017 vintage year will be remembered as the year of the frost, but it’s also a vintage in which many of the top châteaux produced some very good wines. It was a year when location really mattered, the terroir really made a difference as those vineyards with proximity to the moderating effects of the Gironde estuary were less affected by the frost. And those with the rocky well drained soils recovered from the rains.

2017 was atypical with its early growing season, with early and successful flowering in late May, sunshine, then heavy rain in June, followed by a dry and cool summer, then late August heat, and many damp days just before the red harvest in September.

The quality of 2017 is much better than most people might expect. While it’s not in the same league as the outstanding 2016 and 2015 vintages, it not near the largely disappointing 2013.

The challenging year all round still produced some well proportioned red Bordeaux – and some excellent whites too, both dry and sweet. While not big, full and structured, many of the 2017 reds are approachable upon release and should provide early gratification in their youth.

The whites showed especially well and the top Sauternes and a number of dry whites could definitely be on par with the efforts in 2015 and 2016.


2017 Bordeaux is a stylistic choice, you are going to like the character, which can be bright, focusing on red fruits or not. Generally, the wines are; medium bodied, fresh, aromatic and lighter in alcohol than sunnier vintages. The tannins are soft. The fruits are sweet and the majority of the wines will be enjoyable early in life.
Read more at:https://www.thewinecellarinsider.com/2018/04/2017-bordeaux-vintage-and-harvest-repor 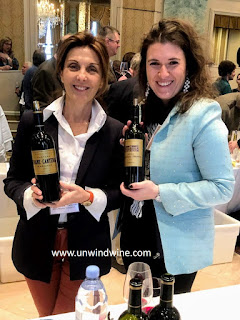 The challenging vintages such as 2017, following some outstanding years, often offer opportunities for collectors to find some values to stock their cellars with wines that should provide enjoyable drinking soon, not requiring several years of cellaring to mature and reach their optimal drinking window.


The event is sponsored by the Union des Grands Crus de Bordeaux, (UGCB) and is hosted and orchestrated by Balzac Communications, boutique wine marketing and communications consultancy firm in Napa, under the leadership of Mike Wangbickler, President.

Attending again this year too was Paul Wagner, founder and Chairman Emeritus of Balzac. Paul is a founding member of the Academy of Wine Communications and a leading member of the American Wine Society. As with last year, again, it was great to see Paul enjoying his passion and remaining engaged whilst in retirement.

The afternoon session is for the benefit of the press and trade and wine professionals. Again this year, the evening session in Chicago was hosted trade merchant partner Binny's Beverage Depot, the Chicagoland wine superstore, offering tickets to the evening session to their valued customers and the public. This year, over four hundred collectors and vinophiles registered for the even. 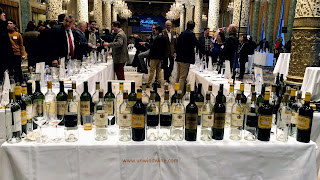 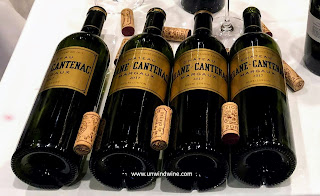