Visiting Santa Maria Valley Wine Country, we were able to get in to dine at Bell's Restaurant, an incredible, quaint, trendy, chic, family-run, French-inspired bistro in Los Alamos, California, just off the Santa Maria wine trail. 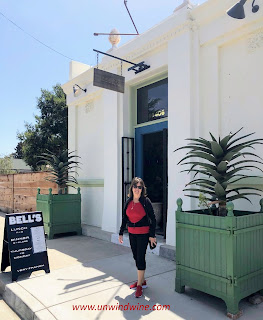 Since opening in March 2018, owners Greg Ryan and Chef Daisy and have been recognized as Food & Wine Best New Chef, Esquire’s Best New Restaurants, and have been featured in such publications as Eater LA, Conde Nast Traveler and Travel & Leisure.  Notably, they recently received a Michelin Star for their handicraft.

Daisy Ryan, Executive Chef/Co-Owner is a native of the Santa Ynez Valley. After graduating from the Culinary Institute of America at Hyde Park, she worked for New York City institutions Gramercy Tavern, Chef’s Fare at Brooklyn Fare and Per Se, before returning to the west coast with husband Greg. In Los Angeles, she helped open The Line Hotel in Koreatown, before heading to Austin with McGuire Moorman Hospitality. 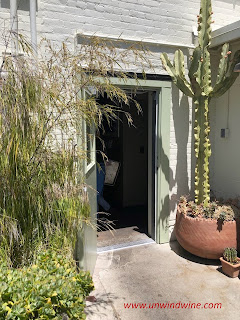 Co-Owner/CEO Greg Ryan grew up in the Willamette Valley near Portland, Oregon, where he attended both college and culinary school. He began his career at Tribeca Grill and Per Se in New York City, before heading to the west coast with Daisy. After working as Restaurant Director at LA’s Beverly Hills Hotel, he and Daisy spent a few years in Austin, as GM for Jeffrey’s and Josephine House. Shortly after the birth of their son, Henry, Greg and Daisy returned to California to open Bell’s in Los Alamos.

For lunch, we opened with starters, the Chicken Liver Mousse with strawberry jam, cornichons on crostini, and the Crudo of Hiramasa with avocado mousse in a spring onion vinaigrette.

Both were delectable served with an imaginative presentation. 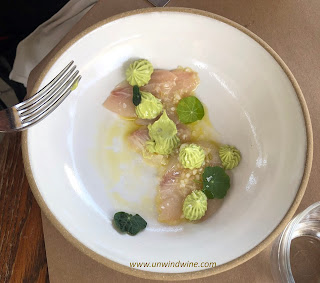 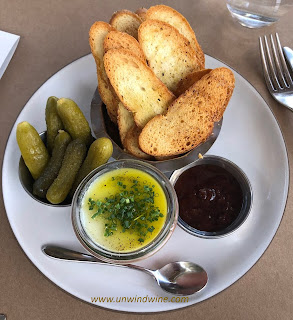 We shared for our main course the Steak Frites coulotte with maître d’hôtel butter, a grilled beefsteak with their signature home-made fries. 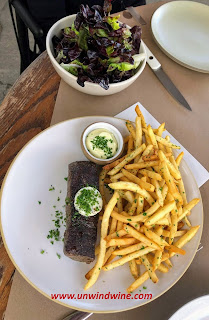 To accompany our lunch we tasted from the WBTG selections a local Chardonnay. 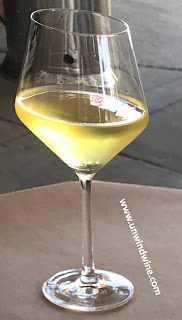 Being a culinary driven restaurant, I followed their lead to select from their winelist this WBTG featured offering.

In addition to winemaking, Russan is known for his wine publications about wine science and the nature of terroir. Previously he owned Alexander Jules, a Spanish wine import company focused on rare grapes and labels of barrel selected sherries. Being interested in rare grapes, he crossbred new grape varieties, though though they're still a few years away from their first fruit.

​He carefully selects vineyards with the intent to produce his style of wine - high toned, "mineral" whites and earthier, herbal reds; both with good acid. He works with vineyards marked with coastal influence. 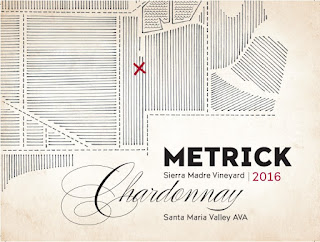 For a pure and precise expression of Chardonnay, Russan selected the Sierra Madre Vineyard site with its cool, maritime climate and sandy soils. Originally planted in 1971, it is one of the most historic vineyards in the Santa Maria Valley, and Santa Barbara County.

Posted by UnwindWine at 2:14 PM