After a Covid pause, the UGC Bordeaux (Union des Grands Crus de Bordeaux (UGCB)), annual release tour returned to Chicago this week unveiling/showcasing their 2019 vintage release wines. The event was postponed last January and rescheduled to this week. The Union is the association of 134 of the top premier estates from the most prestigious Bordeaux appellations. This year's North American tour visited Houston, Miami, New York, Chicago, and San Francisco.


As in previous years, our 'Pour Boys' wine group helped conduct the event in Chicago. It is such a pleasure, honor and privilege to work the event, meet the producers, and of course taste the wines. From our service to the event over the last dozen years, we've developed many contacts and friendships with the winemakers, owners, ambassadors and commercial directors of our favorite and long-time collected Bordeaux estates. We greatly appreciate their effort to conduct this tour and to visit our fair city each year. 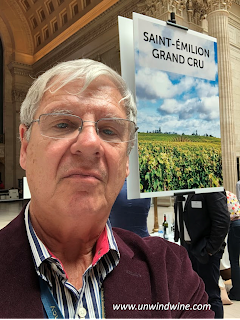 Breaking from tradition, the event moved from the Drake Hotel and its magnificent grand ballroom to the Great Hall of Chicago's Union Station. The Great Hall proved to be a spectacular setting with its magnificence. This was ironic and very special for me as my office for my 'day job' is actually in the office tower built over the operating Union Station  “double-stub” station, where the 24 tracks approach from two directions, the only such one in the United States. I commute into this station each day that I work in the office.

Chicago Union Station is a iconic building originally designed by legendary Chicago architect and city planner Daniel Burnham. It opened in May 1925 after ten years of construction at a cost of $75 million ($1 billion in today’s dollars).

Today, Chicago Union Station is the nation’s 3rd-busiest station overall, and it is Amtrak’s 4th busiest. It serves more than 300 trains per day carrying more than 3 million Amtrak customers and 35 million Metra passengers annually. Six of Chicago Metras' 11 routes operate into and out of Union Station with nearly 130,000 Metra passengers passing through the station on an average weekday, and more than 42,000 each weekend.

Its awe-inspiring looks are the result of sweeping Indiana limestone exteriors and larger-than-life ornate interiors. This grandeur centerpiece is the Great Hall, the station's main waiting room spanned by a 219-foot-long, barrel-vaulted skylight that soars 115 feet over the room. The skylight ceiling was blacked out during World War II in order to make the station less of a target for enemy aircraft. 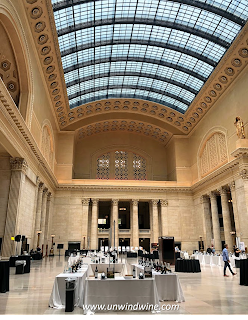 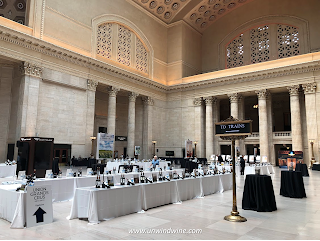 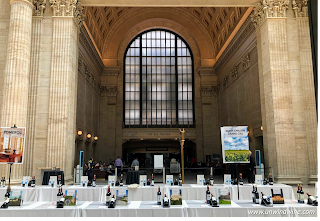 The Grand Staircase in the Great Hall was made famous in the modern era when it was featured in the movie The Untouchables, noted by several of the visiting wine producers.

We work with the UGCB Events Manager, Olivier Crombez, host Mike Wangbickler and his Balzac Communications team preparing the room and the wines, checking in trade registrants, and standing in for producers who faced travel or other disruptions, presenting and pouring their wines.

Several times over the years, several producers or their representatives were delayed in travel or had other disruptions and we were called in to service to pour their wines, hence we earned our moniker, the 'Pour Boys'.


One hundred and four producers were represented at the event that was attended by over five hundred members of the trade, media and industry. The evening event, open to the public, again was sponsored by Doug Jeffirs, Wine Director for Binny's, the midwest beverage super store, was attended by over four hundred wine enthusiasts.
Working and attending this event is the penultimate highlight of my wine interests and activities each year, meeting the producers, and of course, tasting the latest vintage release.
The 2019 Vintage is especially notable for me since we were in Bordeaux during this vintage season. It was unseasonably hot during our visit to the Left Bank and it was quite dry and producers were hoping for some rain. Some wines in 2019 were heat stressed due to the dry summer which may introduce some prune notes to some wines, but in the end it appears was not excessive so as to diminish the outcome generally.
The searing summer heat was one of the hottest on record for Bordeaux. By July, many of the vineyards were suffering from the extreme rain shortages. By the very end of July when we were there, they saw some heavy rains bringing much needed relief to the vines.
Based on the weather conditions of the year and the balance and character of the wines, this is a superb vintage, one with serious aging potential. After a humid spring came the dry, hot summer, with intense heat waves at the end of June and in July. During our visit, staying in Margaux, we actually heard the canons in the middle of the night, fired into the storm clouds to disrupt potential hail that could damage the vines and delicate fruit. We then journeyed to Paris from Bordeaux and it was over 100 degrees there for several days.
Fortunately, the rainstorms in July and August, and again in September came just when needed and helped the grapes hold acidity, which resulted in wines with nice balance and freshness. Some say tt was a year when Cabernet Sauvignon grapes shone.
Opinions on 2019 ranges from 'aromatic, seductive like the 2015s and the structured, classic, truly great 2016s', others call it a mix of the structured 2010s and open, plush 2009s or opulent 2015s, with more purity and finesse'.
I was called to duty to pour the Chateau Troplong Mondot from Saint-Emilion. Aymeric de Gironde, CEO sees 2019 as “a dual vintage, with charm and sexiness, but also backbone and length.”
Over one hundred producers attended the event, and as stated, we greatly appreciate their effort to conduct this tour and to visit our fair city. Some of the usual suspects, friends, favorite labels and attendees are shown below. 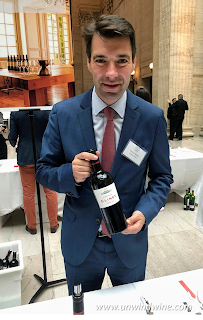 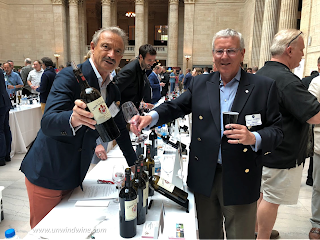 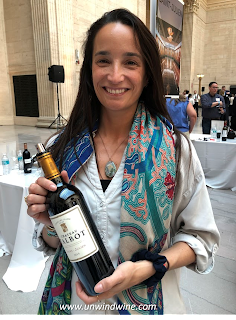 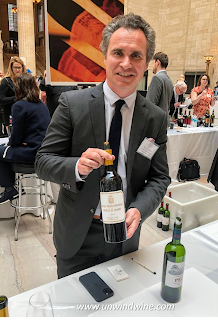 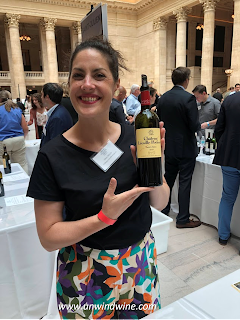 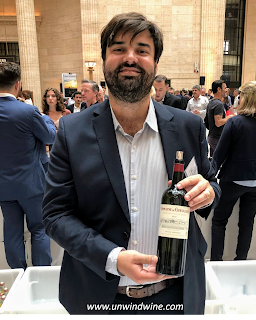 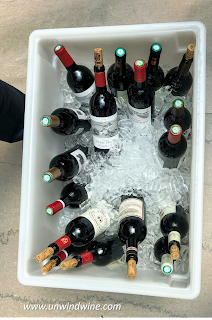 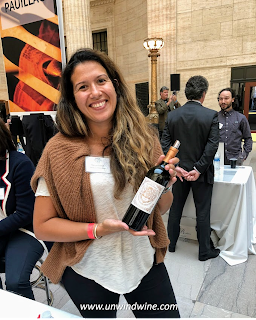 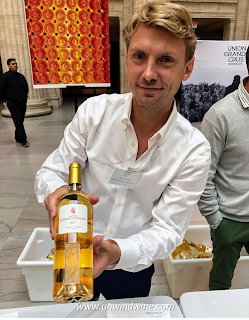 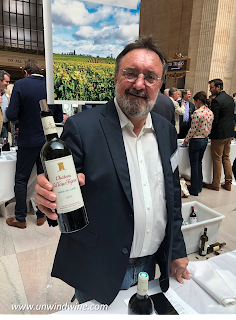 Posted by UnwindWine at 4:00 PM