OTBN - Winners and Losers - Everybody Win(e)s

Its that time again... OTBN - Open That Bottle Night, conceived for those that have a special bottle of wine or champagne hidden away being saved for a special occasion that for whatever reason hasn't happened.  Every year since 2000, on the last Saturday night in February, Open That Bottle Night (OTBN) has been celebrated - the time to uncork and enjoy that cherished but here-to-for elusive bottle. OTBN was conceived by Dorothy J. Gaiter and John Brecher, wine columnists for the Wall St. Journal (wine@wsj.com). They realized they weren't alone - having that special bottle set aside for an occasion that just never happens. On this night, you don't need an excuse or a reason - just do it! Take advantage of OTBN to open that bottle and enjoy it! Enjoy it by yourself, or better yet, enjoy it with someone special, or with a group. Have everyone bring such a bottle and let the story telling begin, because amazingly, every OTBN bottle has a story or some meaning. Let the fun begin.


So I spent the morning digging around in the cellar and found many candidates. So I decided to set aside those anniversary year bottles - those of the birth-years of the kids, and other special anniversary years. Those bottles have a reason for opening and their circumstances are set.Tonight is for that bottle lacking a reason - but for its own reason its special in some way.

Here is a selection of bottles I found that were candidates - according to the criteria that they are getting old, need to be consumed and since I've been holding them for so long, they must be worthwhile and be for waiting for a reason. Why else would there be twenty, thirty-five (41 actually) year old bottles languishing down in the cellar!?! Several Bordeaux - two from 1982 - okay set those aside - birth year of #1 son, a 1975, and a 1970 - okay high school graduation year.. tonight? 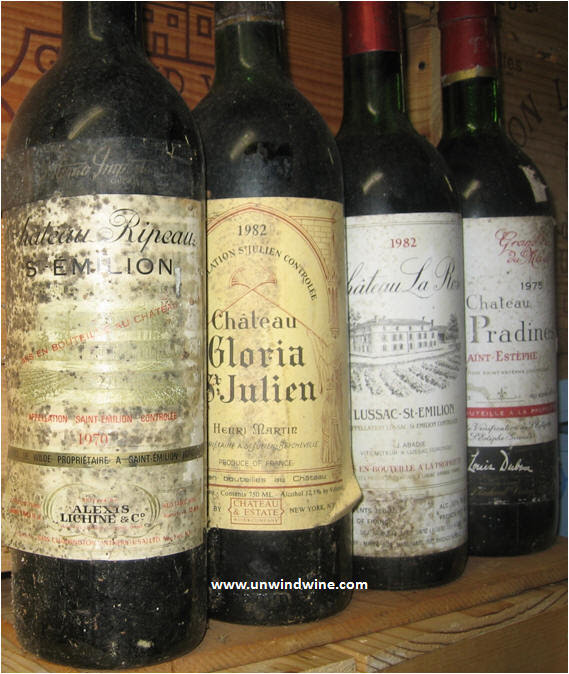 Okay, so here is my runner-up for OTBN 2011 - a 1978 Jordan Cabernet Sauvignon - it certainly must be time to drink this, ya? Fill level looks good, there is hope... 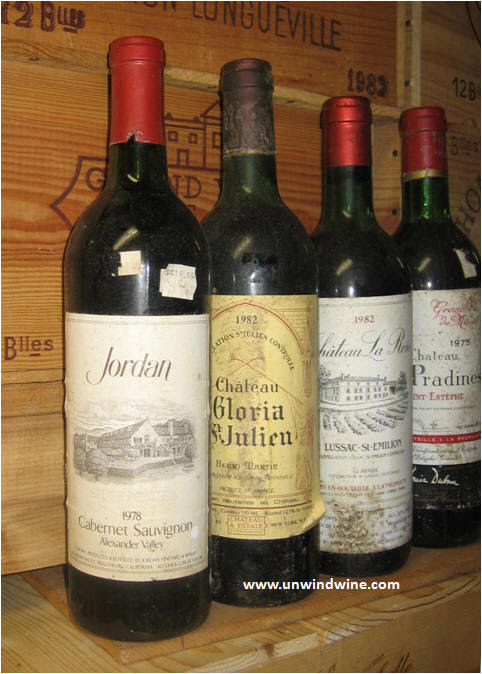 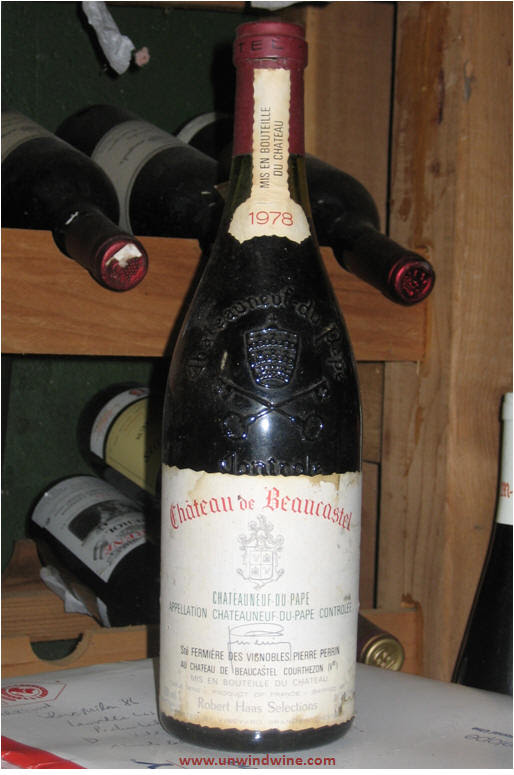 More to follow as the saga/evening unfolds and the OTBN selection (s) is unveiled - er uncorked ! 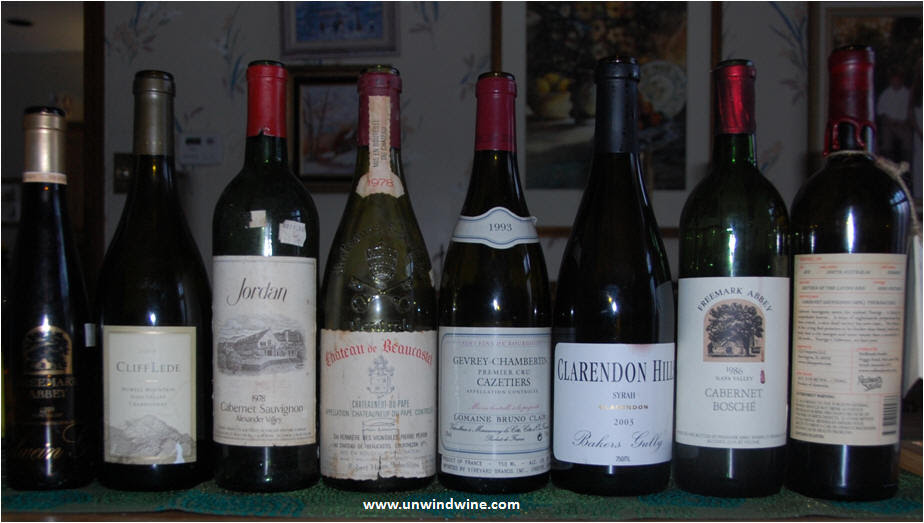 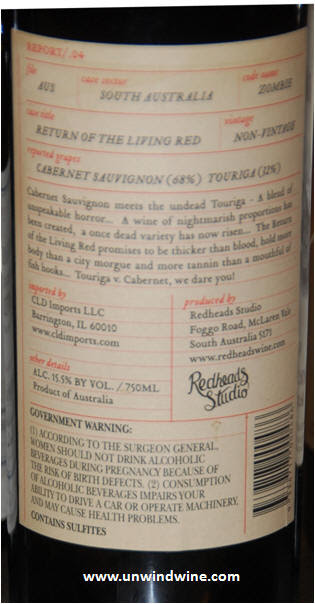 Château de Beaucastel Châteauneuf du Pape 1978  - RM 88 Points - Medium bodied - slight opaciity - garnet color - subdued black cherry fruit was overtaken by leather and a subtle tone of cigar box tobacco turning to anise on the moderate finish. Surprisingly moderate in density, color, fruit and finish. I remember buying this bottle on release (for $11.99) I have one more bottle left - the fill level was good and the cork fine although starting to be a bit soft. Still life left but I don't see long longevity in this wine


Jordan Vineyard & Winery Estate Bottled Alexander Valley Cabernet Sauvignon 1978 - RM 88 Points.Opened two hours and it wasn't ready to drink although was approachable - it needed four or five hours to open and truly reveal itself ... fill level was good - low neck - cork was firm and tight - moderate garnet and slightly brownish color with slight opacity - medium bodied. After the funk wore off the subdued fruit of black berry and black cherry started to show - offset by leather, tobacco, hints of anise and tar on a modest finish. Nearing if not at end of life but not yet deteriorated. Still bears the original price tag of $19.95 although I don't remember purchasing this bottle. A perfect selection fitting the occasion OTBN. Given its age I was surprised it held up as well as it did. Another testament to the provenance and suitability of our cellar to age wines for decades. Lyle picked this as his favorite!   http://cellartracker.com/w?64348

Posted by UnwindWine at 4:19 PM